Another Study Is Just What St. Louis Doesn’t Need

Kicking bad habits can be tough. When you know you’re doing something that’s bad for you, planning to quit is the easy part. In the end, no matter how carefully you plan, you won’t succeed unless you have the willpower to change your behavior.

St. Louis City officials, who have a serious bad habit to kick in the form of development subsidy giveaways, plan to study how they can reform their use of these subsidies as part of an overall, city-wide development plan. The half-million-dollar study will come after years of pressure to change (read: provide some rhyme or reason to) how the City awards tax subsidies.

A report released in 2016 showed that the City gave away more than $700 million through programs like tax-increment financing (TIF) and tax abatement from 2000 to 2014. (In just the 2016–2017 fiscal year, the City and school district lost nearly $30 million due to these incentives.) That same report concluded (p. 6) development subsidies generally fail to accomplish their goals of spurring economic growth and eliminating blight.

While I’d like to celebrate the City’s commitment to reshaping its development policies, I’m skeptical much will come of the exercise. Taxpayer-funded studies—even fancy half-million-dollar ones—are no substitute for the willpower to do what’s right.

It ought to frustrate taxpayers that, with numerous studies and reports replete with reforms on hand, the City has decided to—in St. Louis fashion—study incentive policies once again. Not only will the study itself be costly, but the longer reform takes, the more projects will receive taxpayer-funded subsidies. If officials are serious about reform, they should put subsidy requests on hold until new policies are in place.

More importantly, officials have not shown much interest in limiting their own power to award incentives. Indeed, they have little political or financial incentive to do so. (The City even reportedly lobbied against TIF reform this legislative session.) For example, even though the City has a policy of limiting TIF incentives to 15% of a project’s total costs, it frequently awards much larger subsidies, and often to developments with numerous other subsidies in hand (see, for example, here and here). When a luxury high-rise in the Central West End gets a 15-year abatement, it’s reasonable to question whether the City has no intention of taking its foot off the gas even though it clearly could.

St. Louis (like Kansas City) desperately needs incentive reform. Taxpayers, schools, libraries, and other jurisdictions need incentive reform. If St. Louis is serious about reshaping how it awards subsidies, officials should show that now by enacting policy changes. No more studies, no more plans, no more wasting of taxpayer dollars. 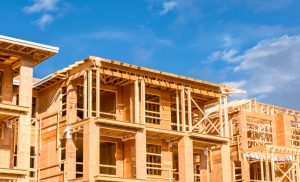 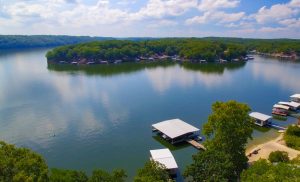