Missouri Has an Education Emergency

Missouri schools are failing to teach the core subjects of reading and math and the most recent test scores show that students are falling further behind.

Missouri’s Department of Secondary and Elementary (MO DESE) has not offered the level of transparency regarding student performance that is necessary to create an education system focused on higher standards, reducing achievement gaps, and results-based accountability.

The status quo is leaving thousands of students behind without the fundamental skills to pursue higher education or compete in the modern labor market.

In response to DESE’s failure to perform one of its most basic functions, we launched The Missouri School Rankings Project and MoSchoolRankings.org.

The mission of The Missouri School Rankings Project is to make student performance data more transparent by providing parents, policymakers, educators, and taxpayers with access to easy-to-understand information about every Missouri school and school district in order to motivate actions that will result in dramatic reforms to Missouri’s education system. 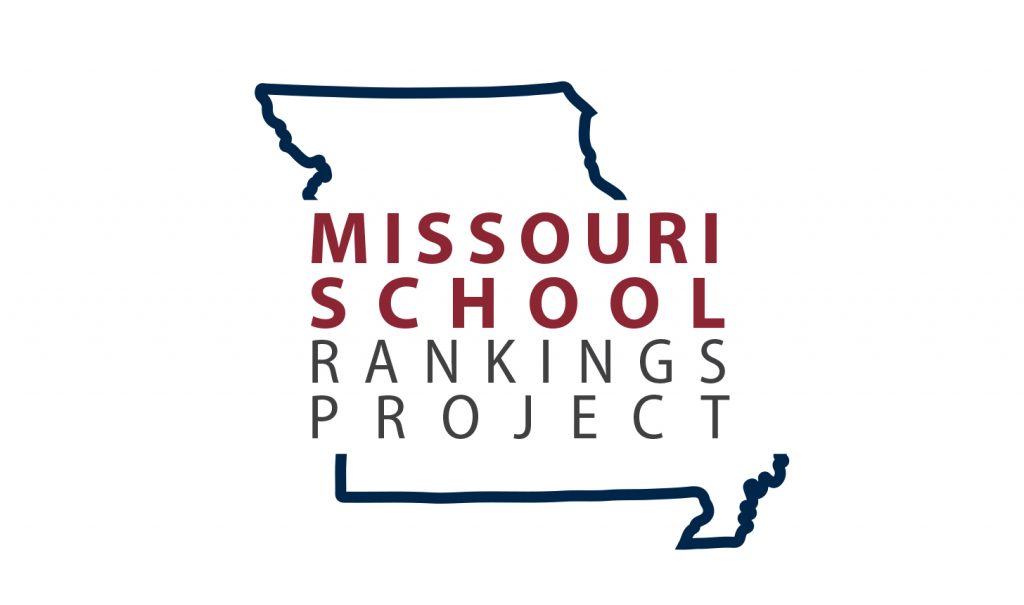 Parents need accurate information to make informed decisions about which school will best serve their children. MoSchoolRankings.org provides a detailed picture of student performance for each school.

The MoSchoolRankings.org comparison tool allows users to compare student performance from up to 3 schools at a time.

By comparing schools that serve similar student populations, we can identify successful schools and learn from them.

The ability to compare individual schools also allows families who are relocating to make informed decisions about which districts or school boundaries to move into. The comparison tool also highlights that many Missouri families, who are not able to move, are trapped in low-performing schools and districts.

Accountability is vital to standards-based education reform. Publicly ranking schools make it more difficult to ignore poorly performing schools and schools whose performance is declining. This attention provides an incentive for all those connected with a school to focus on improving student performance and overall outcomes.

Each student performance metric is given a grade of A through F. The grades are combined to produce a grade point average, or GPA. Each school receives a GPA and is then ranked based on that GPA. Information on how grades, GPAs, and ranks are calculated can be found on the Grading Methodology page.

The rankings are based on data from the 2018-19 school year and are calculated using several performance metrics that measure student performance. These metrics are:

If multiple schools or districts had the lowest possible score for an item (for example, if 0 percent of their students scored Proficient or higher in math), then they would share a rank.

Definitions and further explanations of the terms used to determine rankings can be found in the glossary section.

Some key terms to understand while exploring the portal are:

A statistical model used to identify differences in student academic growth from one year to the next among schools or districts with similar baseline scores.

Schools with these designations are low-performing schools.

The Missouri School Rankings Project is led by Show-Me Institute’s Director of Research and Education Policy Dr. Susan Pendergrass. Before joining the Show-Me Institute, Susan Pendergrass was Vice President of Research and Evaluation for the National Alliance for Public Charter Schools, where she oversaw data collection and analysis and carried out a rigorous research program. Susan earned a Bachelor of Science degree in Business, with a concentration in Finance, at the University of Colorado in 1983. She earned her Masters in Business Administration at George Washington University, with a concentration in Finance (1992) and a doctorate in public policy from George Mason University, with a concentration in social policy (2002). Susan began researching charter schools with her dissertation on the competitive effects of Massachusetts charter schools. Since then, she has conducted numerous studies on the fiscal impact of school choice legislation. Susan has also taught quantitative methods courses at the Paul H. Nitze School for Advanced International Studies, at Johns Hopkins University, and at the School of Public Policy at George Mason University. Prior to coming to the National Alliance, Susan was a senior policy advisor at the U.S. Department of Education during the Bush administration and a senior research scientist at the National Center for Education Statistics during the Obama administration.