Well, it wasn’t Missouri. CNBC recently released its annual America’s Top States of Business ranking. The ranking is based on 60 different measures grouped into 10 broad categories, such as Workforce, Infrastructure, and Technology and Innovation, among others. So how did Missouri fare?

In 2015 Missouri came in at number 26. Invoking the “well, it could have been worse” mentality, Missouri ended up, yet again, in the middle of the pack. In fact, Missouri has claimed this relative position in nearly every ranking since its inception in 2007. Except for a brief dip to the mid-teens during 2009-2012, Missouri and mediocre are becoming synonymous.

To put a positive spin on the news, where did we rank the highest? In 2015, as in 2014, Missouri took the 11th spot in the category Cost of Doing Business. This area accounts for factors such as a state’s tax climate, utility costs, wages, office and industrial rent, and state-sponsored incentives to lower the cost of doing business. If the last measure includes items such as TIFs and tax breaks, maybe being highest in the CNBC ranking isn’t actually a good thing.

Where did the state rank the worst? Scored on aspects such as crime rate, antidiscrimination protections, quality of health care, overall health of population, environmental quality, and other “livability” factors, Missouri came in at 47th in the Quality of Life category. In fact, since 2013 Missouri ranked 47th or 48th in this area. Doesn’t make us look like a real destination, does it.

I do not know if the CNBC ranking drives decisions by businesses, households, or policymakers. But achieving a lackluster performance on yet another ranking of business climate is becoming the norm for Missouri. Perhaps it helps explain why the state continues to record one of the slowest economic growth rates of any state and achieves at best mediocre predictions of future economic success. 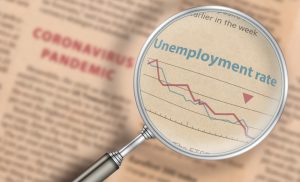