Why Can’t Missouri’s Economy Keep Up?

When I arrived at the University of Missouri in 2000, Dr. Ed Robb told me that the Missouri economy was just like the national economy in terms of the economic growth rate. While Dr. Robb was correct, Missouri was already in the process of divorcing itself from United States in terms of longer-term economic growth. Indeed, recent research with Michael Austin identifies a breaking point: Since 1997 the Missouri economy has grown at a much slower pace than the national economy. Between 1997 and 2015, Missouri’s recorded real GDP increased at a 1.05 percent annual average rate, while that of the United States increased at a 2.34 average annual rate.

Why the separation? Austin and I looked at the how various aspects of Missouri’s fiscal policy evolved over the past three decades, and we examined some possible reasons. For example, some people contend that Missouri state government is not demanding enough goods and services; in other words, too little state demand is the cause of slower growth. This view is discredited by the fact that state spending as a fraction of total income has been trending slightly upward. Government spends money less efficiently than the private sector, so the increase in state spending may have been part of the cause of Missouri’s anemic economic growth. In any case, lack of state demand was not the reason for the slow growth because the state’s spending as a percentage of total income has increased.

Lastly, tax credits redeemed by Missouri state government have increased dramatically over the past 20 years. The concern with state tax credits is the return on this investment compared with the market rate of return. Remember that tax credits are state government funding specific projects while other non–tax credit projects are subject to market forces. This fact leads to the question: What is return on the state tax credit “investment?” If the state frequently offers tax credits to low-return projects, then economic growth will decline. So, we wonder if poor investment performance in the form of expanding tax credit programs might help explain why Missouri has experienced slow economic growth. In her June 2017 report on tax credit programs, Missouri State Auditor Nicole Galloway estimated that “$418 million in fiscal year 2016 redemptions (73 percent of total redemptions) were for programs with benefit/cost ratios less than 1.0, meaning the program returns less to the state than it costs.”

Overall, our research does two things. First, it demonstrates that Missouri economic growth veered into the slow-growth lane about 20 years ago. Second, it identifies factors that could account for the decline in state economic growth. While we don’t have conclusive proof of the cause, we have zeroed in on some possibilities—the growth in state spending, the shift in the composition of spending, the corporate income tax rate hike, and the growth in state tax credits—that could explain why our state is performing so poorly relative to the rest of the country. Until we have analyzed more data from around the country, we can’t allocate blame precisely among the factors we have identified. Nonetheless, at a minimum, shouldn’t Missouri abandon policies (such as tax credits) that have not been shown to produce economic growth?

Growth is ultimately about innovative things that people do. Where innovative people tend to locate does depend on the economic environment in which they operate, and that environment is determined in part by state-level policy. Whatever else Missouri state government has done in the last 20 years, it hasn’t been focused on attracting the kind of people who drive job creation and growth. That needs to change if Missourians are to enjoy an economy that keeps pace with the rest of the country. 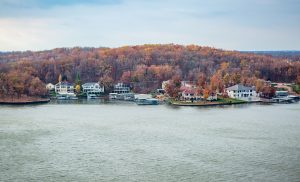