Part Five: The Smallness Of The Potentially 'Hip' Core

Patrick Ishmael
In Part Four, I wrote about how the number of jobs in Saint Louis' "central core" fell dramatically in the last decade. The Brookings Institution found that in the 3 miles surrounding Saint Louis' business district, the city had lost almost 28,000 jobs from 2000 to 2010. Of the job growth the region did experience, those jobs predominantly materialized far outside the city center.

Kansas City feels Saint Louis' pain. Like Saint Louis, Kansas City has undertaken a series of urban redevelopment plans of its own that, again, have focused on attracting the "hip" class to the city center, oftentimes with significant tax incentives. And as has become commonplace, the hip have come, but the jobs have not.


A report released [...] by the Brookings Institution said that in 2010 just 16.9 percent of the area’s jobs were in the core, defined as within three miles of Kansas City’s downtown. That’s down from 20.5 percent in 2000. 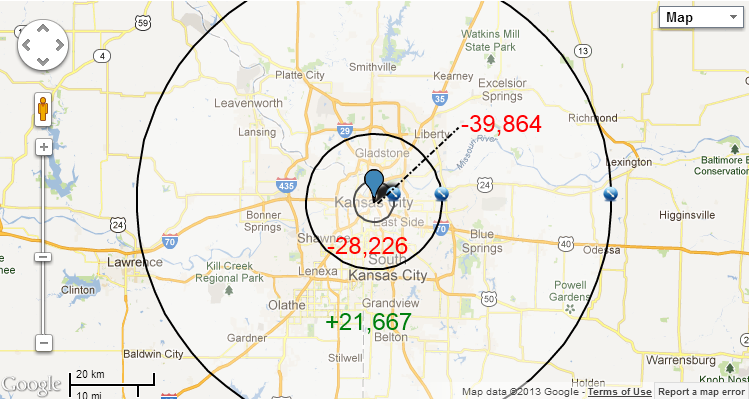 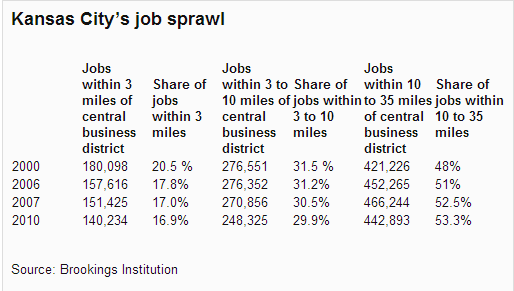 
. . . new residents hadn't translated directly to job creation in the core by the time the Brookings information was compiled.

As has been explained before, "the hip crowd" does not typically have much in the way of jobs coattails. Unfortunately, it seems, Saint Louis and Kansas City know this all too well.