Missouri’s roads are more than just a convenience—they’re an economic asset.

According to the most recent data from 2011, roughly $711 billion worth of freight crosses Missouri each year, and this is projected to increase to $1.2 trillion by 2030. More than 83,500 Missourians work transportation and warehousing jobs, and more than half of Missouri’s economy is affected through freight movement or systems.

However, according to a new study by the Missouri Chamber of Commerce, this vital part of Missouri’s economy is in danger of falling into disrepair. Missouri’s transportation infrastructure, specifically roads and bridges, is aging rapidly. Traditional methods of funding are inadequate to maintain current systems, let alone provide enhancements.

Missouri’s fuel tax of 17.4 cents per gallon has not been raised since 1996. Due to inflation, 17 cents then are worth 8 cents now. Additionally, vehicle registration fees were last increased in 1980, and a dollar in 1980 is worth about 30 cents today. Together, these two revenue sources make up nearly 40 percent of the Missouri Department of Transportation’s total road budget (and 65 percent of in-state revenue, once federal reimbursement is considered). As a result, $745 million in high-priority road needs go unfunded each year.

According to the Chamber of Commerce report, this funding crisis “is the biggest roadblock preventing the state from reaching our logistics potential.”

To start closing the gap in Missouri’s road funding, the Chamber of Commerce report recommends exploring tolling and also indexing the state fuel tax and registration fees to inflation. These measures would help keep funding sources up to date in terms of purchasing power and start to close the funding gap as well as keep a “user pays” principle.

While these methods are not always the best ways to match road damage to payment for upkeep, they are the type voters were most inclined to consider. Public opinion surveys of Missouri voters conducted for the report revealed that 57 percent support highway express lanes, akin to tolling individual lanes, although tolling proper received lower (40 percent) support. Fifty-one percent of voters support increasing the fuel tax, while 47 percent support raising registration fees. Mileage-based user fees can be effective, but only 24 percent supported the idea. Despite the different levels of support for different funding methods, 85 percent of Missouri voters agreed that Missouri needs more funding for transportation infrastructure.

Missouri’s roads are an economic asset that support jobs across the state. Making sure we have the money to keep them in good shape—while ensuring those who use them pay for them—is something policymakers need to address. 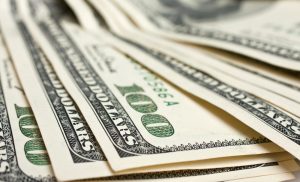 Federal Stimulus Money in Missouri: What We Know So Far
Connect With Us