Bright Flight works with—not against—need-based aid. It is good that Missouri universities promote diversity in their student body, whether that’s diversity of race and gender or diversity of income. Think of Bright Flight as promoting diversity of academic achievement. Having high-flying students, regardless of their background, makes universities more well-rounded and interesting places. That’s why Missouri has a basket of scholarship programs (of which Bright Flight is a small part) to try and recruit diverse students into our universities.

Not just “wealthy” kids get Bright Flight Scholarships. In the advocates’ literature, they use not qualifying for free and reduced-price lunch or attendance at a private school as a proxy for wealth. That is not necessarily the case. In Missouri, you qualify for reduced-price lunch if your annual household income (for a family of 4) is $44,863. You could fail to qualify and still be far from wealthy. There are also lots of middle- and low-income kids who attend private schools in Missouri through large financial aid awards from those schools. (I was one of those kids, who also received a Bright Flight Scholarship, for what it’s worth). Their families will struggle to afford college, and might not get as much need-based aid as those who are less well off, so a Bright Flight scholarship could mean a lot to them. Why take that away?

Merit is something we should encourage. One would think that in America this would go without saying, but I guess not. We should be pushing our students—poor, middle-income, or wealthy—to try and do as well in school as possible. Those high-achieving students are our future innovators and leaders, who can help make the state better for all of us. I don’t care if the person who can make the next great breakthrough in medicine or forge a new era of good government was born rich or poor. I just want them doing it here!

Bright Flight isn’t the reason that low income and minority students are not succeeding in Missouri Universities. Let’s look at the Missouri statistics on college readiness for African-American students (from this report): Only 6 percent scored college-ready in all four tested subjects on the ACT, only 2.7 percent graduated high school having passed at least one AP exam, and a whopping 68% enrolled in remedial coursework when they got to college The real scandal, and where we should focus our reform efforts, should not be scholarships for Missouri universities, the K-12 education system in our state that fails to prepare our low-income and minority students for success in college.

Ultimately, I think the campaign against Bright Flight is misguided. We do need to do a lot more to help our low-income and minority students succeed in college, but getting rid of Bright Flight isn’t going to accomplish that. I’d rather focus my energies on the levers that can actually help more students do better rather than punishing kids for doing well on the ACT exam. 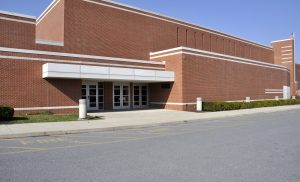 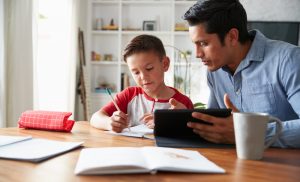 Homeschooling, Centralized Education, and Bastiat
Connect With Us