The Latest with Licensing Landlords

The saga of landlord licensing continues in Saint Louis County. With government finding more and more things to regulate, landlords might find themselves the next victims of government’s “do something” mentality.

Last week, I wrote about how Saint Louis County was considering a bill that would require landlords in unincorporated parts of the county to apply for licenses in order to rent out property. Proponents of the measure claimed that this bill will only affect those landlords who don’t keep their property up to standards. However, due to push-back on the bill, the sponsor has made amendments to make it more palatable. Yet these changes do little to actually improve the situation for landlords in the county.

The main problem with this bill is that it still makes landlords responsible for the actions of their tenants. If a renter received a felony conviction for one of a long list of offenses (selling drugs, gambling, and prostitution are included), and if even one of these incidents happened on the rental property, the landlord would be obligated to evict the tenant. If the landlord failed to do so, his or her license would be revoked.

Such a provision harms both landlords and their tenants. It harms landlords because it denies them flexibility in dealing with tenants. For example, what if a tenant is convicted of dealing drugs, but his wife was not guilty of any felony? Is the landlord supposed to evict the entire family because of the actions of one person? The law is unclear, but it seems to me that as long as the rest of the tenants keep up their end of the lease agreement, the landlord should have the option of letting them stay.

This bill would also harm some renters because this provision encourages landlords to discriminate based on the possibility of some future illegal activity. Why enact a law that gives cover to this sort of discrimination? It doesn’t make sense.

Putting aside this provision, the fact that landlords need to jump through yet another bureaucratic hoop in order to lease property makes it less likely that landlords will enter the market, thus hurting consumer choice. Nobody wants substandard housing, but licensing landlords is not the way to address this problem in Saint Louis County. 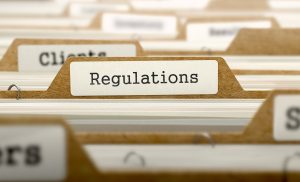