Seriously, people, I had no idea that after I testified (or, more accurately, attempted to testify) on Monday about occupational licensing that St. Louis papers would have a bunch of stories related to the issue. This week’s Riverfront Times has a story about the bail bondsman industry, which we have covered before on this blog. You really have to read the entire thing to do the story justice, but here are some classic quotes from it — and, yes, I think bail bonding is one industry where some type of occupational registration can reasonably be required.

How about this description of the Missouri Professional Bail Bondsman Association:

"They pretty much only represent themselves at this point," says Angela Park, a bail bond industry blogger. "I can see why other people might be hesitant to join. It kind of leaves a bad taste in your mouth that Jackson was in the leadership and that he paid a bunch of lobbyists and state reps off and tried to murder his competitor."

Just the type of leadership that deserves to decide who should and should not be able to enter the business.

That, however, hasn’t stopped the MPBBA from continuing to lobby the state legislature with new proposals. In February, Sen. Maida Coleman, a St. Louis Democrat, introduced Senate Bill 1247 that would take oversight of the bail industry away from the Department of Insurance and place it in the hands of a "professional bail bond board."

At least one bondsman sees the licensing system for what is really is:

On her Web site, Park decries the proposals as a "bail bond power grab" by the MPBBA and writes that, "The association would like to pass legislation that will feed revenues to the association and require its continued existence."

But, as I said, you really have to read the whole thing. 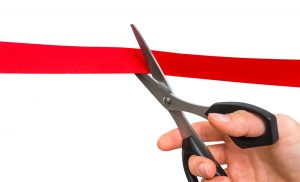 What Hayek Can Teach Us About Government Planning
Connect With Us