Great Photo of Illegal Activity in the Post-Dispatch

This photo in the Post-Dispatch may not rank up there with Dave Drebes’ posting of a fundraising flyer that revealed a state rep was trying to blatantly, illegally raise money in his capital office … but it is still very funny. In case this suburban mayoral candidate has forgotten, it is illegal to put political yard signs in the public right-of-way.

We have written about this particular officeholder before, but I won’t say much this close to an election. Let’s just say he is the type of busybody legislator that, in general, absolutely infuriates me. You know how I feel about occupational licensing, so you can imagine what I think about this:

Just before he moved to Town and Country, he worked in Montgomery County, Maryland, as its first taxi inspector. His aggressive tactics earned him the nickname “Dirty Harry of Taxicab Inspectors,” according to a 2005 Washington Post article.

The article said Hoffmann issued more than 1,200 citations in three years and liked to pose as a hapless tourist. He investigated drug dealing, sexual assaults and even Medicaid fraud. Hoffmann resigned in protest after superiors ordered him to take a desk job. 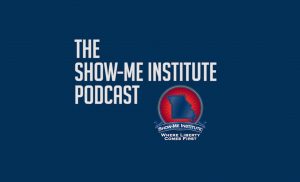 Occupational Licensing Reform Is on the Move
Connect With Us