The Scales of Justice

There’s an article on the Wall Street Journal‘s website about fishing rights in New England. It’s a very interesting case. It seems that a small-time commercial fisherman refuses to get the mandated fishing license, asserting that his right to fish the waterways is protected by a 423-year-old legal compact between the former British governor and the local townspeople. According to the article, a post-revolutionary war court upheld the “Dongan Patent” in 1777, and there are apparently other legal cases providing a precedent for the right to fish the local waters of Long Island’s East End without obtaining any extra permission.

As is evident from the far-reaching historical backdrop of this case, government regulation of fishing has a very long history. The economics of fishing permits are fairly cut and dried: This is an application of the tragedy of the commons. When a number of individuals have a right to consume from a public region — i.e., fishing on a river or other waterway — each one of them is individually incentivized to get as much as possible as quickly as possible, especially when it is their livelihood rather than their recreation. On the other hand, in cases where there is only a single owner, there is much less reason to worry about others “getting theirs first,” and the owner can economize with an eye on maintaining the future value of the property. The problem with a single concern having access is the same as the problem with any monopoly: higher prices and less service, with none of the benefits of competition. One solution to the tragedy of the commons is some form of social arrangement, with social stigma or other punishment for “cheating.” These sorts of arrangements have been studied at length by Elinor Ostrom, and she recently won a Nobel Prize in economics for her work.

A far more common solution, though not necessarily more efficient or desirable, is a government regulation of “the commons,” such as by requiring fishing licenses. If regulators can accurately determine the impact of each additional fishermen extracting each additional fish, they can set a price on licenses such that the most efficient outcome will be reached. This level of prescience is less likely than what actually happens in practice: License fees are set too low, in which case you still get overfishing, or they are set too high, in which case not enough fish are extracted to maximize value over time. I don’t know which case is more likely, but I strongly suspect the former is more common.

For what it’s worth, the state of Missouri sells recreational fishing licenses in unlimited quantities, and they are quite affordable — a daily pass is cheaper than a movie. Although I’m sure it’s a nice revenue stream for the Missouri Department of Conservation, I seriously question whether this is a proper area for government involvement in people’s lives. 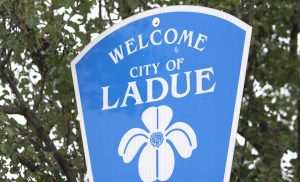