In my first post on property taxes in Saint Louis City, I discussed how the city’s property tax collections are limited, necessitating a reliance on other forms of taxation to run government. That post also detailed how various government bodies own much of the city’s land (by area and by value), reducing the real property tax base.

However, government bodies are not the only institutions that pay little or no real property tax in the city. Nonprofit groups such as hospitals, schools, and religious institutions are exempt from property taxation by state law. In Saint Louis City, nonprofit groups own almost 15% of the city’s total property and account for more than 7% of the city’s total land valuation, as the map below shows: 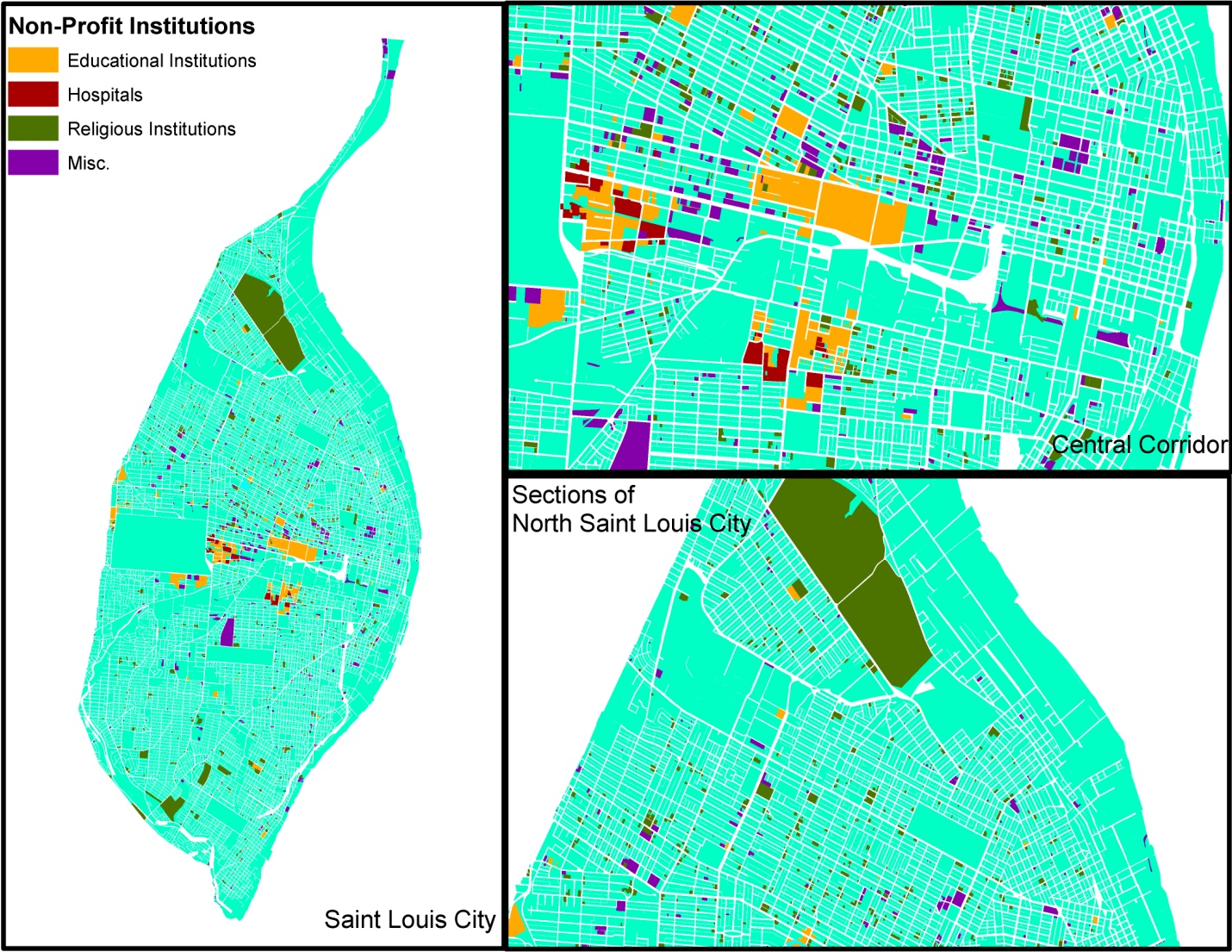 The largest parcels owned by nonprofits are cemeteries. However, some of the most valuable nonprofit properties are in the center of the city, where Washington University, BJC Healthcare, and Saint Louis University have campuses. These hospitals and schools (or eds and meds) are some of the largest employers in Saint Louis and have combined property assessments of over $150 million (3.3% of the city’s total). Aside from well-known hospitals and schools, Saint Louis City is also dotted with thousands of nonprofit (and partially government) organizations that are exempt from property taxes. These include arts foundations, museums, clinics, business associations, and even Amtrak. Altogether, property-owning nonprofits, both large and small, remove a sizable and valuable portion of the city’s property tax base.

Look for my next post on this issue, which will explore the effects of tax breaks on Saint Louis City’s real property tax base.

Note: The Show-Me Institute is also a nonprofit based in Saint Louis City. However, the Institute does not own real property, and therefore it does not receive real property tax exemptions.

Missourians May Lose Their Homes Because of State-Supported Loans