What do owners of the luxurious Intercontinental Hotel in Kansas City and the St. Louis Cardinals have in common? They’re both leveraging special sales tax districts to subsidize their private ventures. The number of sales tax jurisdictions in Missouri has ballooned by 33% over the past 20 years.  As the chart below shows, this growth correlates with rising sales tax rates. In short: the more districts, the higher the taxes. 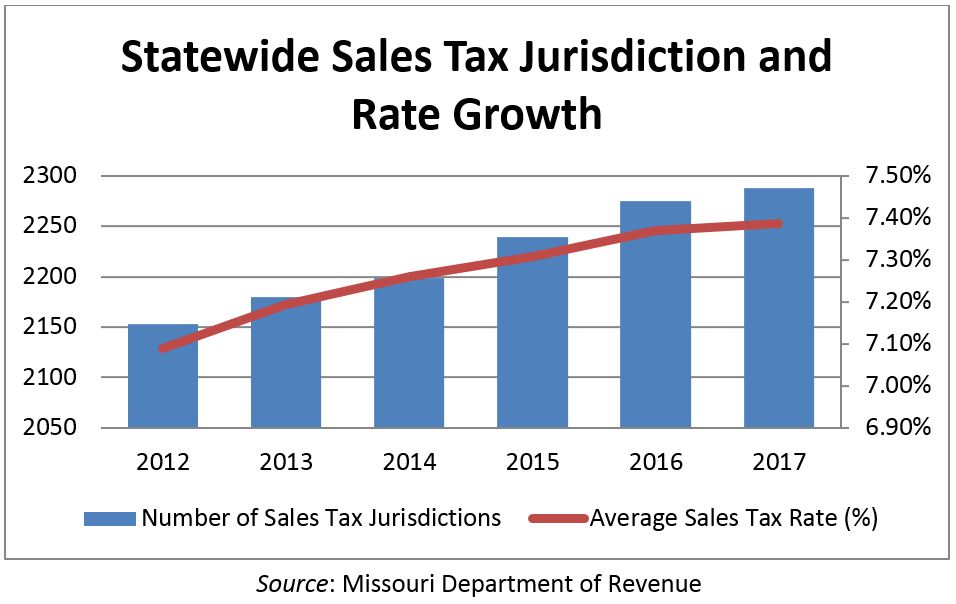 Almost all of these new taxing districts are community improvement districts (CIDs) or transportation development districts (TDDs). These CIDs and TDDs are quasi-governmental districts formed through questionable processes that allow for even just a single voter to authorize millions in spending. What’s worse is that taxpayers often have no clue these districts exist, or that they’re paying into them. The charts below depict CID and TDD growth over the past 20 and 14 years, respectively. 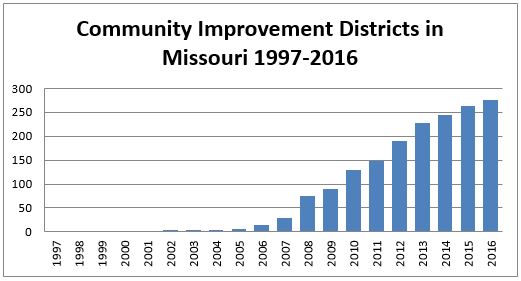 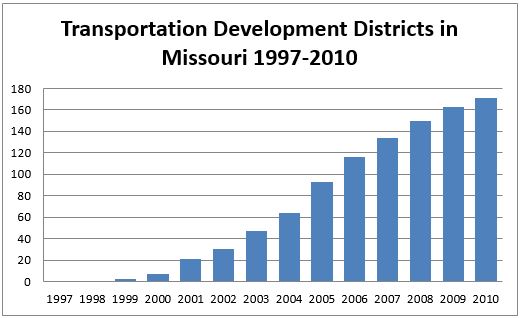 Both CIDs and TDDs have bad track records in Missouri. Despite collecting and spending billions in taxpayer dollars, they often lack transparency, accountability, and other basic principles of good government. Of the 34 TDD audits the State Auditor’s office has completed over the past 10 years, a third concluded the TDDs under consideration were in bad financial shape.  And nearly all audits indicated other issues, ranging from conflicts of interest, uncompetitive bidding practices, to a failure to comply with basic accounting standards. Some CIDs have even filed for bankruptcy.

Isn’t it time policymakers in the Show-Me state rein in the growth of these taxing districts? Increasing taxes on ordinary consumers like you and I, often to pay for privately-owned projects we’ll see no return on (e.g., the proposed Chesterfield Ice Complex, City Foundry project, or over-budget Loop Trolley), is not sound economic or fiscal policy. When it comes to taxes and taxing districts, often, less is more.