Over the past six months, Missouri’s Medicaid rolls have grown by 15 percent. There are now more than 975,000 Missourians on the program, which is the highest enrollment has been since the beginning of 2018. Given the COVID-19 pandemic and associated economic downturn, an uptick in the size of Missouri’s Medicaid program is not necessarily surprising. The question is whether there is more to the story.

Prior to the coronavirus making its way to Missouri, our state had experienced nearly two years of steady Medicaid enrollment decline. As I wrote back in March, there was widespread concern about the drop-off. There was also fundamental disagreement in Jefferson City regarding what was driving the decline. One of the suspected causes was improved efforts on the part of Missouri’s Medicaid agency to ensure that each recipient was truly eligible to receive Medicaid-covered services.

By March, the downward trend had turned the other direction. In response to COVID-19, the federal government passed multiple relief packages that sent aid to states. One of the bills, the Families First Coronavirus Response Act, increased the share of Medicaid expenses covered by the federal government. But that funding came with strings attached. In fact, in order to receive the Medicaid relief funds, states had to agree not to terminate eligibility for any Medicaid participant unless the individual died, requested a voluntary termination of their eligibility, or moved to another state.

This guidance was contrary to prior federal requirements, which had stipulated that states verify the income of their Medicaid enrollees at least once per year to ensure continued eligibility. It should be no surprise that removing such a check would lead to a spike in enrollment. If someone loses their job and enrolls in Medicaid, they will no longer be removed from the program once they’re employed again (and no longer qualify) unless they go out of their way to inform the state they would like to terminate their coverage.

What began with the laudable goal of making it easier for Medicaid recipients to maintain health coverage during an unprecedented pandemic is now likely to make it harder to balance Missouri’s already cash-strapped budget. Instead of Medicaid enrollment rising and falling with the unemployment rate, the program will continue to grow even as more Missourians head back to work. For example, Missouri’s unemployment rate has dropped more than 3% since May, yet Medicaid enrollment is more than fifty thousand higher.

Make no mistake, even with the federal government agreeing to pay a higher share of Medicaid expenses, there is still a cost to Missourians. As state agencies prepare to release their budget requests on October 1, and the federal government debates further relief packages, it will be important to keep track of how the cost of responding to COVID-19 will impact Missourians for years to come. 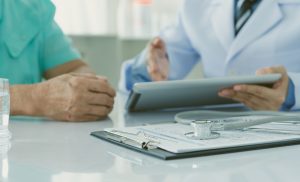 Debunking the Myth of a Costless Medicaid Expansion 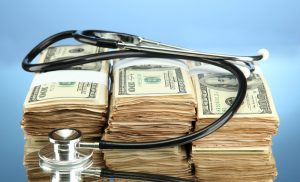 Call it What it is: Medicaid Expansion
Connect With Us