Beetem’s decision was in response to a lawsuit from the initiative’s supporters, which was filed after Missouri’s legislature decided against appropriating funding for Medicaid expansion. Governor Parson then halted all state implementation efforts.

As I explained last month, Missouri’s constitution gives the state legislature the responsibility of appropriating all state spending. It also provides that amendments cannot impose new costs without providing a mechanism to pay for them. Yesterday’s ruling holds that the expansion initiative failed to include a funding mechanism, and that growing the state’s Medicaid program by an estimated 275,000 enrollees will cost the state money. (The decision mentions that expansion would cost $1.8 million per year which is almost surely a typo; it should be $1.8 billion, as projections from Missouri’s Medicaid agency show.)

Prior to last August’s election, a different lawsuit challenged the constitutionality of the expansion petition on the same legal grounds. As Beetem’s decision explains, the courts at the time decided against removing the initiative from the ballot in part because the fiscal estimates showed a wide range of potential outcomes, from enormous savings to extraordinary costs. If the amendment did end up saving the state money, it wouldn’t need a funding mechanism. As I wrote repeatedly last year, the promise of savings was always illusory Once the true cost of expansion was presented to the legislature, legislators refused to appropriate funding citing their sole constitutional authority on the issue.

The plaintiffs certainly disagree with the circuit court’s ruling and have already filed their appeal. While it may be weeks or months until this issue is ultimately resolved, Judge Beetem’s decision is an important one with implications beyond this particular fight. If a petition to amend our state’s constitution violates the constitutionally defined rules for amending the constitution, it should not stand. It’s really that simple. Time will tell if the Missouri Supreme Court agrees as well. 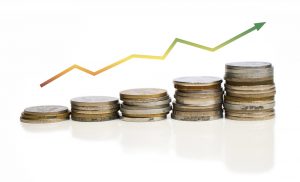