The Kansas City government bowed to the fire fighters union last week, agreeing to a major increase in spending on fire protection. The very next day the union made a $50,000 donation to the city’s earnings tax campaign.

The agreement between the city council and the fire fighters union awards the fire department over $8 million more than the amount outlined in the city’s five-year plan. Even Yael Abouhalkah of the Kansas City Star, normally sympathetic to Kansas City government, blasted the city council in a scathing opinion piece.

The fact that the union donated to the city’s pro-tax campaign the day after winning a favorable deal from the city illustrates a larger point about what can happen when government employees unionize. Government unions have the ability to work through both the political process and the collective bargaining process. By playing the processes off of each other, a government union can do quite well for itself.

When a union works the political process it influences, donates to, and campaigns for political officials. Then when it comes time to negotiate a union contract, the union may end up bargaining with a friendly party who owes his or her success, at least in part, to the union’s previous support. This is very different from a traditional labor negotiation where union leaders bargain with business managers in an attempt to capture a worker’s fair share of the profits. In government there is no profit. Revenues come from taxpayers.

Taxpayer advocates often liken politicians negotiating with unions to a fox guarding a henhouse.  And for good reason: Politicians get powerful and reliable support in the form of government unions; unions get better deals for their members, usually in the form of more tax money directed to government payrolls. Everybody wins but the taxpayer.

To some readers this may just be how government works. But why does it have to work this way? 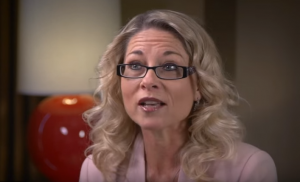