By Patrick Ishmael on May 17, 2018
Meaningful labor-reform legislation is on its way to the Governor’s desk. Last night the Missouri Senate passed an amended version of House Bill 1413, and this afternoon the House passed it as well, sending it to the Governor. Put briefly, HB1413’s transparency and accountability measures will go a long way to ensuring that the interests of both government employees and taxpayers are protected. Show-Me Institute analysts have talked about these issues extensively over many years—including, for example, union recertification, financial transparency, and paycheck protection—and I’m delighted at least one substantive version has finally made it across the finish line.
In contrast to private unions, government unions are often uniquely positioned to choose the parties they will negotiate with when they collectively bargain. Accordingly, it is incumbent on policymakers to ensure that workers subject to these agreements have their voices heard, and for taxpayers’ interests in transparency and stewardship to be protected throughout these processes.
And to reiterate, at one time there was a broad consensus on the problems that government unionization would impose on good governance objectives. Indeed, the Show-Me Institute’s concerns about government unions are not dissimilar to those of Franklin Delano Roosevelt, who said that “[a]ll Government employees should realize that the process of collective bargaining, as usually understood, cannot be transplanted into the public service.”
The reforms contained in HB1413 represent a move toward good governance and better, more responsive representation for government employees. While more will need to be done in the future, passage of HB1413 addresses many of the concerns that Show-Me Institute analysts have raised about state labor policy over the years. Congratulations to the legislative leaders who made this happen. 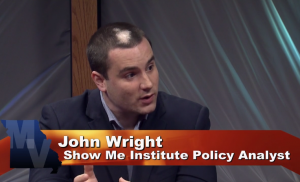 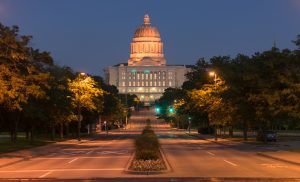 Are Government Unions Adequately Informing Workers of Their Rights?
Connect With Us