We’re constantly reminded by the media that health care is in a crisis in the United States. Too few people with policies, too few conditions covered, an uncertain economy in which a lack of job permanency leaves people stranded without options when they get sick. You’d think reporters would jump all over a story about a new law that proposes to help alleviate many of these problems. At least our own Beverly Gossage has the pertinent info:

The media has focused on a controversial midwife provision that was inserted into the bill at the last minute. But the real news here is the bill’s revolutionary approach to health insurance reform — and the fact that the bill won such overwhelming bipartisan support in both chambers of the Legislature. There’s a lot to be excited about in HB 818, so here’s a primer you won’t find in the press.

Every newspaper article I’ve seen about Friday’s HB 818 signing frames it in terms of the midwife provision. It’s easy to focus on that because the fact that Sen. John Loudon managed to sneak the measure into the larger bill without anybody noticing is simply interesting. It’s a juicy story of political controversy and legislative dysfunction that illustrates several public choice insights. And besides, legalizing the practice of midwifery is also a great idea, as Sarah Brodsky has reminded us in this blog. At heart, it’s as much an issue of economic freedom and consumer choice as any other occupational licensure restriction.

But HB 818 is exciting for many other reasons. The health care crisis of today is largely a government-created problem, stemming from state licensure and financing of the medical profession, and from World War II-era wage freezes and price controls that gave employers an incentive to provide health insurance benefits instead of paying higher wages. This ultimately led to employer-based benefits becoming cemented as the norm for insurance coverage in the United States, a system that leaves out a tremendous number of people.

When government officials see problems they themselves created, their usual response is ever-spiraling regulation. More top-down control. Instead, the insurance bill signed into law on Friday takes a significant step in the right direction — allowing more individual choice and decentralized control.

Read more in Beverly Gossage’s primer on HB 818 and her Friday op-ed about why it’s so important. 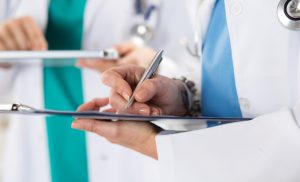 New Path to Medicaid Block Grants
Connect With Us