David Catanese blogs over at ky3 political notebook that Sen. Claire McCaskill is highly unlikely to cast a yes vote for the cap-and-trade legislation that recently passed out of the U.S. House of Representatives (link via Combest):

“If there is going to be enough support for the bill, it will be a very gradual implementation as we move toward changing to wind and solar and other kinds of energy,” McCaskill told conservative Missouri talk radio host Mike Ferguson. “I’m going to be one of those trying to craft it in a way that is very gradual, that is not going to hurt a state like Missouri that is so coal dependent.”

McCaskill also said she’s in no rush on cap-and-trade because other world powers haven’t agreed to do their share.

“We need to be a leader in the world but we don’t want to be a sucker. And if we go too far with this, all we’re going to do is chase more jobs to China and India, where they’ve been putting up coal-fired plants every 10 minutes,” she said.

It is good that the Senate recognizes the harms that Missouri would incur upon passage of the cap-and-trade legislation as it is currently structured. We’ve been blogging about this often recently.  Cap and trade would significantly diminish the competitive ability of the state of Missouri. And I say this not as a global warming skeptic; I’m pro-environment. Still, this is not the way to go.

PACE Loans Are Out of Line 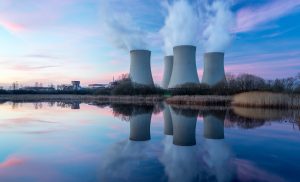