The arrangement that perhaps comes closest to being justified by these considerations — at least for primary and secondary education — is a mixed one under which governments would continue to administer some schools but parents who chose to send their children to other schools would be paid a sum equal to the estimated cost of educating a child in a government school, provided that at least this sum was spent on education in an approved school.

The Friedman Foundation has a lot of great information online, including research publications, the ABCs of School Choice, and the Advocate archives. But the best part of the site is the updated newsroom, where you can compare school choice programs and proposed legislation across states.

If Friedman himself were still alive, he would have just turned 95. The Show-Me Institute celebrated his birthday in partnership with the Friedman Foundation by cosponsoring a luncheon in Columbia. Here you can read William Poole’s speech about Friedman’s legacy. 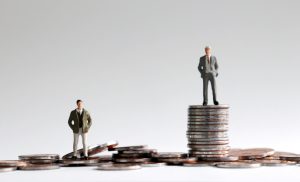 A School Roadmap for 2020
Connect With Us