The St. Louis Board of Alderman just passed a symbolic resolution to ban any new schools (read charter schools) as long as enrollment in St. Louis Public Schools (SLPS) is declining. But banning alternatives to SLPS will not force families to stay. Just the opposite, in fact. Providing options may very well be what is keeping families in the city. 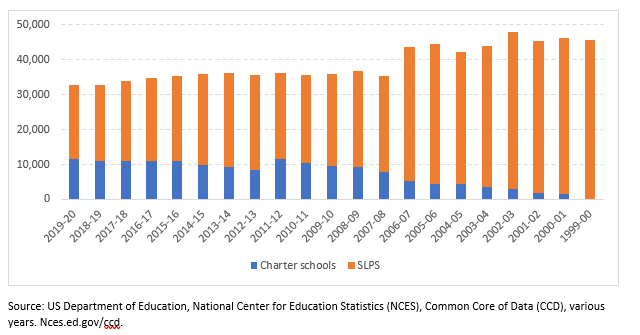 Soon, St. Louis children who qualify will also be able to apply for scholarships through the new Empowerment Scholarship Program, signed by the governor this week. This will open even more doors to families.

Ultimately, parents will stay in the city if they have several options for their children. Other cities that have created vibrant portfolios of school choices, such as Washington, D.C., provide proof of this fact. Enrollment in D.C. Public Schools declined from 71,000 students in 1999 to just over 44,000 in 2009. In the last ten years, it has increased to almost 52,000.

Resolutions to tie children to their one and only assigned public school seat are desperate attempts to protect a failing system. Wouldn’t it be better to consider all students in the city, both public and private, as precious resources that make St. Louis more livable? Wouldn’t it be better to provide every family in the city with at least a few choices? Don’t we want St. Louis to be a city where young families choose to stay and raise their children, rather than one that bans their demonstrated preferences?

It’s time for the adults to stop fighting over us versus them and to get busy building a portfolio of schooling options for every family.