In Awe of Freedom

One of the problems with advocating market solutions and disparaging government solutions is a complaint often uttered by free-market advocates, and it is a version of the broken window problem. Government solutions are imminently visible and localized (in one agency or project), whereas market solutions tend to be spread out among competing innovative firms or individuals. No government told this girl she had to do research to determine how safe her baby brother is — she did it because she wanted to know. This characterizes the kind of individual innovation that is lost when government dictates the arrangement of resources.

It is difficult and unfair to say that this particular girl’s (admittedly dubiously scientific) idea would’ve fallen victim to a government rearrangement of resources, but it’s even harder to say what exactly would fill the void if the government left every part of the economy alone tomorrow. The marvelous thing is how much gets done without government control, and how efficient it all is. There’s a microeconomics textbook co-authored by Robert Frank and the current chairman of the Federal Reserve, in which the first two pages of chapter three tell a short but fantastic story about the difference between the markets for food and housing in NYC. Their conclusion is that the seemingly chaotic power of unfettered markets tends to bring people what they want.

If you start on page 57, you can find what I’m talking about. It’s short and well worth the read for anyone not already sold on the idea that markets are neat and inherently good. (Good at bringing people what they want. It’s a normative utilitarian analysis, admittedly.) 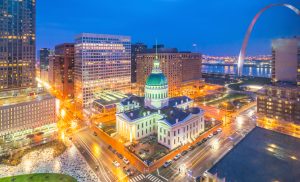