For the last year or so, momentum has built behind the idea of reform to the state’s prevailing wage law. Between the prevailing wage’s negative impact on public construction costs and its unrepresentative calculation of market wages for professions in Missouri, reform is overdue. The simplest solution to the problem would be a simple repeal of the law. Twenty-two states don’t have prevailing wage laws. Missouri should join them.

It is disconcerting, then, that a minor bevy of similarly complicated prevailing wage “reforms” keep creeping out of the shadows. One would peg wages to county wage averages; another would lightly tinker with wage reporting requirements. Sometimes the prevailing wage would attach. Sometimes it wouldn’t. And so on.

I understand the appeal of keeping the prevailing wage in place to construction interests, since it props up their pay. However, legislators should be supporting the interests of taxpayers and acting to steward taxpayer money, not conjuring new ways to rebrand a Rube Goldberg public construction wage system that frankly shouldn’t exist. To put it plainly, this is a question of taxpayer interests versus special interests. Policymakers shouldn’t complicate an issue that, in the end, is that simple. 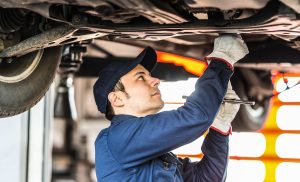 What Does the Research Say about Earning Industry-Recognized Credentials?
Connect With Us