A Lesson on Early Literacy from the Magnolia State

If I polled one hundred Missourians on which state they thought had the best early literacy policies in the nation, I’m almost certain most of them wouldn’t immediately say “Mississippi.” Mississippi has long been at the bottom of the pack when it comes to reading performance, while Missouri has consistently floated in the middle. However, in 2013, Mississippi brought in a dynamic state superintendent of schools, Dr. Carey Wright, who has emphasized a science-based approach to early literacy and taken a tough stance on promoting struggling readers to the next grade level.

In the years since Wright’s appointment, Mississippi has reversed its last-in-the-nation status with an impressive increase in the percentage of its fourth graders who can read at grade level. In 2013, only 21 percent of Mississippi fourth graders achieved a score of proficient or above on the National Assessment of Educational Progress (NAEP), well below the 2013 national average of 34.8 percent. By 2019, Mississippi had improved that by a whopping 11 percentage points, a magnitude of gain that is rare on NAEP. In just six years, Mississippi fourth grade reading scores were equivalent to that year’s national average of 34.6 percent.

While scores have only just hit the average mark, Mississippi’s literacy growth in 2013 to 2019 exceeded that of every other state by seven points. During the same time period, Missouri continued to tread water. Our fourth-grade proficiency rate actually decreased by one point, from 35 to 34 percent. So, what did Mississippi do differently?

In 2013, along with appointing Wright, Mississippi passed the Literacy-Based Promotion Act (LBPA), requiring third graders not reading at grade level by the end of a school year to remain in third grade for intensive reading intervention. This requirement stems from research showing that students learn to read in kindergarten through third grade, then read to learn from fourth grade onward. Because of this, third graders who can’t read proficiently are four times more likely to fail to graduate from high school than those who can. Mississippi’s retention of students with literacy deficiencies gives them another chance to reach this important milestone and ensures that students are fully prepared to hit the ground running in fourth grade.

Missouri has already made some progress on this issue. Governor Parson signed SB 681 this spring, which requires reading intervention for struggling K-3 students. The new law, however, doesn’t require that third graders who demonstrate reading deficiencies be retained, and early research suggests that Mississippi’s strict enforcement of its retention policy may have played a major role in the NAEP score increase. If that proves true, Missouri lawmakers should consider taking a page out of Mississippi’s book by requiring that students read proficiently before starting fourth grade. 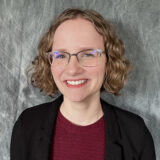