The Missing Million: Missouri’s Economic Performance Since the Moon Landing

Just about 50 years have passed since Neil Armstrong set foot on the moon on July 21, 1969. Since then, Missouri has struggled to attract and keep residents, and its economy has failed to keep pace with that of the nation as a whole. Had Missouri’s population growth rate simply kept pace with the national average since 1969, our state would now be home to about 1.2 million more people. In terms of income for its residents, keeping pace with the nation as a whole would have meant that Missouri’s average annual compensation would be $3,387 higher today than it currently is.

In this essay, Rik Hafer and William Rogers provide insight into what has happened to cause such slow statewide growth. The authors go beyond the standard measure of economic growth, gross domestic product, and examine alternative measures of prosperity such as personal income and job growth. The picture that emerges is complex, but perhaps the most troubling finding—given the connection between an educated workforce and economic growth—is that Missouri consistently struggles to attract college graduates, particularly those with advanced degrees, to the state.

To read the complete essay, click on the link below. 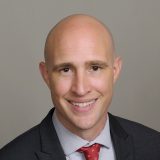