Typically, a gift doesn’t require a contribution from the person on the receiving end. But St. Louis taxpayers are ponying up for nearly half the cost of the aquarium, as described in a St. Louis Post Dispatch article:

[Twenty] million of the St. Louis Aquarium’s construction costs will come from an existing tax-increment financing agreement and two special tax districts that carry a 1 percent tax on sales at Union Station. Included is LHM’s intent to use $5 million in historic preservation tax credits to help restore the 11-acre shed.

If the aquarium is a good idea, why aren’t there private investors lining up to fund the project?

Maybe it’s because aquariums are a pretty risky bet financially. A recent article in The Atlantic outlined the financial struggles of aquariums in big cities across the United States:

The stress of acquisition and maintenance often leads to financial struggle . . . In this century, the Denver aquarium, which opened to much fanfare in 1999, declared bankruptcy in 2002 because of defaults on building loans. (It was purchased by Landry’s, a hospitality company, and reopened in 2003.) More recently, the newly opened Shreveport Aquarium has struggled with almost $500,000 in unpaid construction debt. Many of these spaces are subsidized by tax breaks and bonds, to be paid back when an aquarium becomes profitable. But too often, this goal is not realized. As economic-development projects, aquariums are risky.

The South County Times reports that the St. Louis Aquarium expects 1.5 to 2 million visitors per year. That seems like a curiously optimistic projection. The Shedd Aquarium in Chicago gets just over 2 million visitors per year, and it has 5 million gallons in total volume for tanks and exhibits; the St. Louis Aquarium will have just 1.3 million total gallons.

It’s not clear why planners project the St. Louis Aquarium to nearly the match the Shedd Aquarium in total attendance with a much smaller aquarium in a much smaller city. But if visitor numbers don’t match expectations and revenue lags as a result, (the aquarium is not free; a ticket price of around $24 is expected for adults) will taxpayers be asked to chip in again to cover the shortfall?

If all of this sounds familiar, it should. In 1985, Union Station was renovated in a massive $150 million project that included generous tax breaks. And what was the city left with? A mall in Union Station that was largely abandoned after barely more than 20 years. And thus the cycle begins anew: The mall was sold, was bought by a new developer, and is being renovated with the help of taxpayer dollars.

We all want what’s best for St. Louis, and it’s exciting to see big new projects generate enthusiasm. But the definition of insanity is doing the same thing over and over again and expecting different results. That seems to perfectly describe economic development policy in St. Louis. 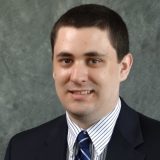