St. Louis has many serious problems. One is the city’s downwardly spiraling population, which has been in decline for decades. A recent Show-Me Institute essay analyzes St. Louis’s population decline and some factors that contributed to it, along with some of the effects population loss has had on the city.

One of those effects—severe real estate blight—is immediately obvious to any tourist. Abandoned warehouses line the riverfront and entire neighborhoods in north St. Louis are decaying.

But two unlikely allies are trying to solve the problem by philanthropic means.

The St. Louis Post Dispatch reports on an effort by a new organization, the St. Louis Blight Authority, to address the blight crisis by demolishing vacant and abandoned homes:

Tech billionaire Jack Dorsey, a St. Louis native and co-founder and CEO of both Square Inc. and Twitter, along with Detroit native Bill Pulte, whose grandfather founded national homebuilder Pulte Homes, were paying for the demolitions — $500,000 for a pilot program to completely clear more than 130 lots in a four-block area of the northwest St. Louis neighborhood hard hit by abandonment and vacancy.

However, the Post-Dispatch article explains the initial pilot phase will only knock down 30 structures. It’s a good first step, but it will make trivial progress toward solving the problem. St. Louis has 7,000 vacant buildings and more than 12,000 vacant lots.

The blight crisis will not solve itself, and Missouri’s major cities already use economic development programs that haven’t been shown to improve the situation. Could private resources, invested in an ambitious project, successfully remove blight in St. Louis? And is the St. Louis Blight Authority the entity to usher in success?

From the Post-Dispatch: “Dorsey and Pulte hope to inspire other philanthropists to contribute to the effort and perhaps expand it to other city neighborhoods.”

With the price tag for total blight removal estimated at $70 million, inspiration won’t cover the bill. But it’s a place to start. 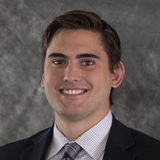