Tech Panic: Why We Shouldn’t Fear Facebook and the Future (St. Louis)

In a time when some people argue that Big Tech has gotten too big, Robby Soave’s message is simple: don’t panic. In his new book Tech Panic: Why We Shouldn’t Fear Facebook and the Future, Robby argues that whatever challenges the future holds, we will be better prepared to handle them as a country, as a society, and as individuals if the government hasn’t vaporized social media via some giant, metaphorical “Unfriend” button.

Please join the Show-Me Institute and Reason for an evening of conversation. Come hear Robby’s argument, ask questions, and enjoy drinks and hors d’oeuvres. We look forward to seeing you there. 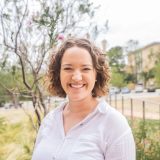 Event and Outreach Coordinator
More about this author >
Related Articles