One of the benefits of a cross-border rivalry is the ability to learn from your competitor (with Missouri sometimes learning the right lesson). Missouri could learn a thing or two from our neighbors to the east about lowering electricity prices.

Moreover, when taking inflation into account, Illinois’ real electric prices decreased 13 percent, while Missouri’s increased by 19 percent—the third-fastest increase in the country between 2008 and 2019.

The largest difference between electricity markets in Missouri and Illinois is that Illinois allows customers to choose between competing electric service providers, whereas Missouri still operates on a century-old monopoly model. In Illinois, customers have more than 150 electric service providers to choose from. Options for plans include fixed-rate, variable pricing, prepaid, or green energy plans. The pressures of competition ensure that electric providers operate more efficiently and are more responsive to customers.

In contrast, Missourians, wherever they live, have only one choice for an electric service provider—their government-sanctioned and regulated monopoly. Because there’s no competition, monopoly utilities don’t have an incentive to increase efficiency and don’t fear losing any business.

As the electricity price data above show, one of these systems has been working better, and it’s not Missouri’s. Lower electric prices mean households have more money left over for other needs. It also creates a more attractive environment for businesses. Missouri lawmakers can learn something from Illinois—pursuing competitive reforms to Missouri’s electricity market could be worthwhile. 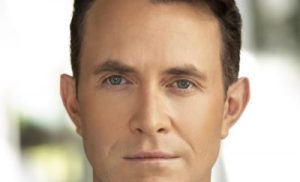 Does Your Household Pay Corporate Taxes?
Connect With Us