Free Markets and the NFL Draft

Tonight, the Saint Louis Rams and the Kansas City Chiefs will announce their picks for the first round of the National Football League (NFL) college draft. That will decide which college football players will be forced to negotiate with them, if the players wish to join the NFL employee pool.

You see, unlike most industries, where workers are free to solicit offers from a range of potential employers before choosing the one most to their liking, NFL teams have a collusive agreement: Only one NFL team at a time may negotiate with the best of the rookie class. This relieves teams of the need to bid against each other for these young players, meaning that the players are stripped of most of their bargaining power when negotiating their initial contracts. However, the practice has also resulted in unanticipated negative consequences for teams. Thus, the limitations that the current NFL drafting system imposes on teams and rookie players distorts the laws of supply and demand, resulting in an inefficient allocation of resources.

If you will, join me in a thought experiment. Several teams this year would like to add a promising young quarterback to their roster. Right now, the Rams are in the best position to do so because they hold the first pick in the draft — and they are widely expected to select Sam Bradford, a Heisman Trophy-winning quarterback out of the University of Oklahoma. If another team (such as the Cleveland Browns, Oakland Raiders, or the Buffalo Bills) wants to be sure it has a chance to secure Bradford’s services, their only option is to negotiate a trade in which the Rams would give up the number one draft slot in exchange for players and/or draft choices offered by the other team.

Why would the Browns, Raiders, or Bills make this trade? Because they place a certain value on obtaining Bradford as a player. The problem is, even though Bradford’s particular skills and attributes are the reason he is so highly valued, he will not personally get to realize the return on the value he offers. As I point out below, Bradford’s rookie contract will have roughly the same parameters, regardless of which team selects him. But a team that trades up to get him would, by doing so, demonstrate its willingness to pay not only the size of that rookie contract, but all the additional costs that they would be sinking into the trade. And the recipient of the additional largess would not be the individual creating the value, but rather the Rams, whose only contribution to the transaction was being a particularly awful team last season. This arrangement is clearly not fair to Bradford.

But even if the Rams valued Bradford most highly, it is extremely unlikely that he could maximize the value that should result from demand for his services. As the draft system currently exists, there is an informal pay scale imposed on teams and players that depends on the slot in which a player is drafted, rather than the value that the team believes it will realize as a result of employing the player. The pay scale is determined both by a set, limited amount of “rookie pool money” and the contracts signed by the previous year’s set of rookie players. Very rarely can either teams or players deviate from this pay scale, although it is not uncommon for them to try.

Last year’s draft provides an excellent example. Matthew Stafford, the first player selected in 2009, signed a contract guaranteeing him more than $41 million. The Rams drafted second and ultimately agreed to pay Jason Smith $33 million. Kansas City chose third and guaranteed Tyson Jackson $31 million. These transactions demonstrate how the pay scale usually works. But interesting things then happened with four of the next six players selected. The Seattle Seahawks, picking fourth, chose Aaron Curry, a player many regarded as being the best in the draft and a potential number one pick. The Seahawks ultimately ended up guaranteeing Curry $34 million — more money than either the second or third players selected. In the meantime, the Oakland Raiders used the seventh pick in the draft to select the first wide receiver taken last year, Darrius Heyward-Bey. This was a highly unusual pick for two reasons: First, most experts figured Heyward-Bey to be only the third- or fourth-best receiver available. Second, the Raiders guaranteed him $23.5 million — significantly more money than would normally be expected for the seventh selection in that draft. Heyward-Bey’s contract had a direct effect on contract negotiations for two other rookie players. The Cincinnati Bengals selected Andre Smith with the sixth selection, and, after Heyward-Bey signed, Smith demanded to be paid more money than the player selected after him. Meanwhile, the San Francisco 49ers had used the 10th overall selection to take Michael Crabtree, who was almost unanimously considered to be the best wide receiver in the draft. Despite being selected three spots lower than Heyward-Bey (and, despite Heyward-Bey’s unusually large contract), Crabtree demanded to be paid as though he were the first receiver selected.

Both Andre Smith and Michael Crabtree ended up refusing to report to their teams (the only kind of real leverage afforded to rookie players) in order to get the kinds of deals they wanted; neither was ultimately successful. Smith missed several weeks of training camp before settling for $21 million guaranteed — which, accounting for the fact that he signed a four-year contract rather than the five-year deal more commonly given to high draft picks, is about what would have been expected given the slot in which he was selected. Crabtree, on the other hand, refused to join the team until well into the season, eventually signing for a guaranteed $17 million — slightly less than was given to the player selected ninth, and slightly more than was given to the player selected 11th. In both cases, the negotiations that resulted from the NFL draft and its resulting “slotting” system cost both the players and the teams weeks of distraction and invaluable time with which to prepare for the upcoming season.

A much more efficient system would have the teams bidding against one another. The most-desperate team would likely secure the player most likely to meet their needs because they would be willing to sacrifice more than any other team to sign that player. A slightly less-desperate team would be able to sign the next-best prospect, and so on, until teams were no longer willing to pay the amount a player demanded. Thus, players would realize the full market value resulting from the demand for their services, and teams would be able to maximize their utility by focusing on the players they most wanted to employ, rather than just those who happened to remain on the draft board. Freed from the restrictive confines of the “slotting system,” teams and players should be able to come to mutually agreeable contracts well before training camp begins, eliminating the hassles and lost opportunities that result when teams and players are limited in their freedom to negotiate with other prospective partners.

The law of supply and demand maximizes efficiency in free markets — and the NFL could help to maximize its own efficiency by abandoning its current, anti-competitive labor model in favor of a model more closely resembling a free market. 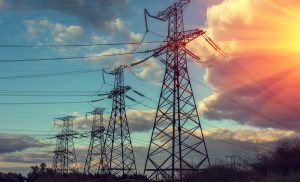