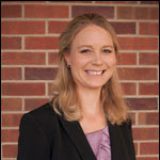 Erin Morrow Hawley is an Associate Professor of Law at the University of Missouri. Professor Hawley teaches constitutional litigation, federal income tax, tax policy, and agricultural law. Her scholarship focuses primarily on the federal courts and has been published in numerous top journals. Prior to joining the law school, she practiced appellate law at King & Spalding LLP and Kirkland & Ellis LLP, both in Washington, DC. She also worked at the Department of Justice as counsel to Attorney General Michael Mukasey.Professor Hawley is a former clerk to Chief Justice John G. Roberts Jr. of the Supreme Court of the United States and Judge J. Harvie Wilkinson III of the U.S. Court of Appeals for the Fourth Circuit. Professor Hawley has litigated extensively before the Supreme Court of the United States as well as numerous federal courts of appeals and state courts of last resort. She has twice argued before the D.C. Court of Appeals and also represented the United States in oral argument before the U.S. Court of Appeals for the Seventh Circuit.  Professor Hawley continues to litigate and her work has been widely quoted, including by the Washington Post and USNews.Professor Hawley received her bachelor's degree in Animal Science from Texas A&M University and her law degree from Yale Law School.  During law school, she served as a Coker Fellow (teaching assistant in constitutional law) and on The Yale Law Journal.