Tech Panic: Why We Shouldn’t Fear Facebook and the Future 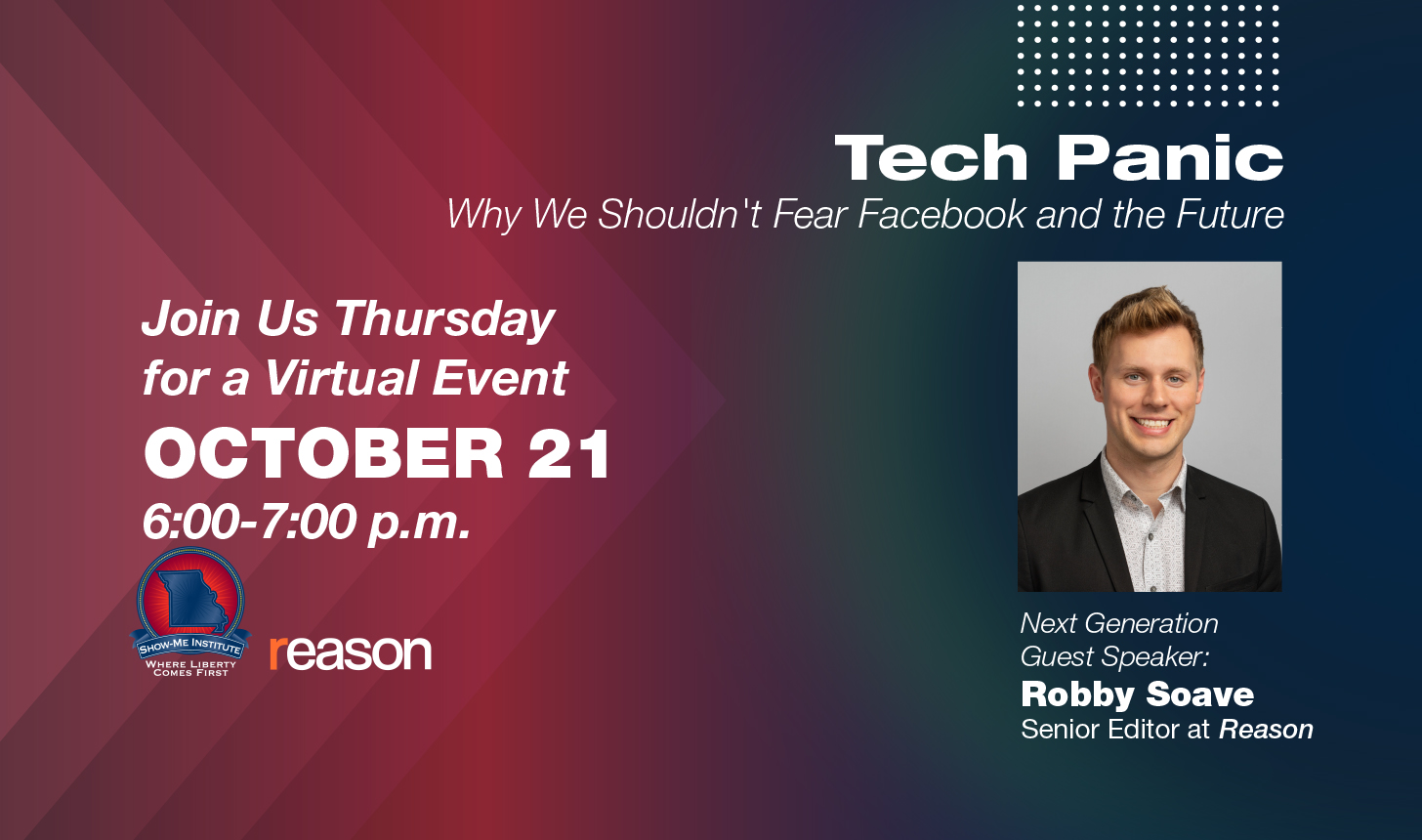 This event is now a free virtual event!

In a time when some people argue that Big Tech has gotten too big, Robby Soave’s message is simple: don’t panic. In his new book, Tech Panic: Why We Shouldn’t Fear Facebook and the Future, Robby argues that whatever challenges the future holds, we will be better prepared to handle them as a country, as a society, and as individuals if the government hasn’t vaporized social media via some giant, metaphorical “Unfriend” button.

Robby is a senior editor at Reason and has also been published in The New York Times, The Daily Beast, and U.S. News & World Report. Named on Forbes’ “30 Under 30” list in 2017, he became well known for his correction of a Rolling Stone article on sexual assault at the University of Virginia and his correction of the highly reported incident concerning Catholic high school students at the Lincoln Memorial in 2019.

Please  join the Show-Me Institute and Reason for an evening of conversation. The webinar link will be sent to you after you register.