Amidst the hardship and disruption of the coronavirus pandemic, the rise of telemedicine has been a small silver lining. Shortly after the public health emergency began, it became clear that adequate access to health care would be a problem. In the months that followed, actions taken by Missouri’s government, patients, and providers alike led to tremendous growth in remote care services. The question now is what role telemedicine should play once the virus is defeated.

Back in March, I wrote about the need for Missouri to make telemedicine more accessible. To contain the virus, Missourians were asked to stay at home even in cases where they’d normally receive care. It made sense to take advantage of telemedicine to allow those at risk to limit their exposure to COVID-19 wherever possible. The problem was that state laws and regulations were restricting access to the service (read more about the restrictions here). Fortunately, the governor rightfully waived many of those restrictions temporarily, and the state legislature followed suit by allowing out-of-state providers to begin caring for Missourians.

Over the next few months, many patients tried telemedicine for the very first time, and providers responded by ramping up their remote care offerings. In fact, by April, telemedicine grew to account for nearly 70 percent of all health care encounters in the country. And though that number has since declined, there are still far more remote visits happening today than there were before the pandemic.

While telemedicine may be a silver lining, it is certainly not a silver bullet. Many people’s health care issues are serious enough that they cannot be sufficiently addressed remotely. And for many Missourians, it is simply more desirable to see their health care providers in person rather than on their phone or computer screen. This does not mean that telemedicine services aren’t valuable. The takeaway should be that the complex issue of health care access cannot be solved by any one-size-fits-all approach. The issue also underscores the importance of patients and providers deciding the best ways to deliver care going forward, not government bureaucrats.

Policymakers need to remember what we’ve learned during this unprecedented time and take the necessary steps to keep the momentum going. That means permanently ending the regulations and barriers for telemedicine that were temporarily lifted back in the spring. Telemedicine may not fix everything that’s wrong with health care in Missouri, but it should be open and available to all who need and benefit from it. 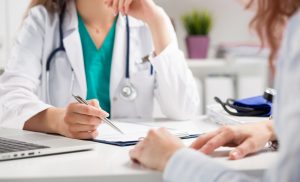 What to Expect When You’re Expanding

Cato’s Michael Cannon Visits the Podcast
Connect With Us