New Evidence of the Effects of City Earnings Taxes on Growth

There are numerous explanations for the large cross-city differences in economic growth, many of which have little to do with the policy decisions of city governments. Most notably, cities in the Northeast and Great Lakes areas have declined relative to cities in the South and West in the wake of longterm trends away from manufacturing toward services, and from cold climes to warmer ones. In the face of these broad region-level trends, however, some cities have performed better than others in the same region, suggesting that cityand state-level policies play some role in determining economic outcomes.

The economic theory argument against earnings taxes is that they place a city at a relative disadvantage when people decide where to work and/or live. In particular, when earnings taxes are imposed by cities such as Saint Louis and Kansas City, a person can avoid the tax relatively easily by working and living outside the city limits while still remaining within the metropolitan area. If city governments instead were to raise the same level of revenue from taxes on other, less-mobile, factors, that should lead to a smaller tax-avoidance response and a smaller distortion within the metropolitan area.

Although the theory behind replacing earnings taxes with other revenue sources is fairly straightforward, its empirical importance has not been settled. Two empirical studies have addressed the issue and have arrived at opposing policy prescriptions. The purpose of the present essay is to offer a new perspective on the possible empirical implications of city earnings taxes in Saint Louis and Kansas City.

Updated October 1, 2013, with a foreword by David Stokes and Michael Rathbone. 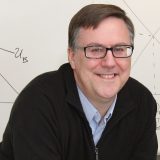 If Businesses Are Going to Be Our Tax Collectors, We Should Compensate Them for That