What’s Next? Inflation, the Housing Market and the U.S. Economy 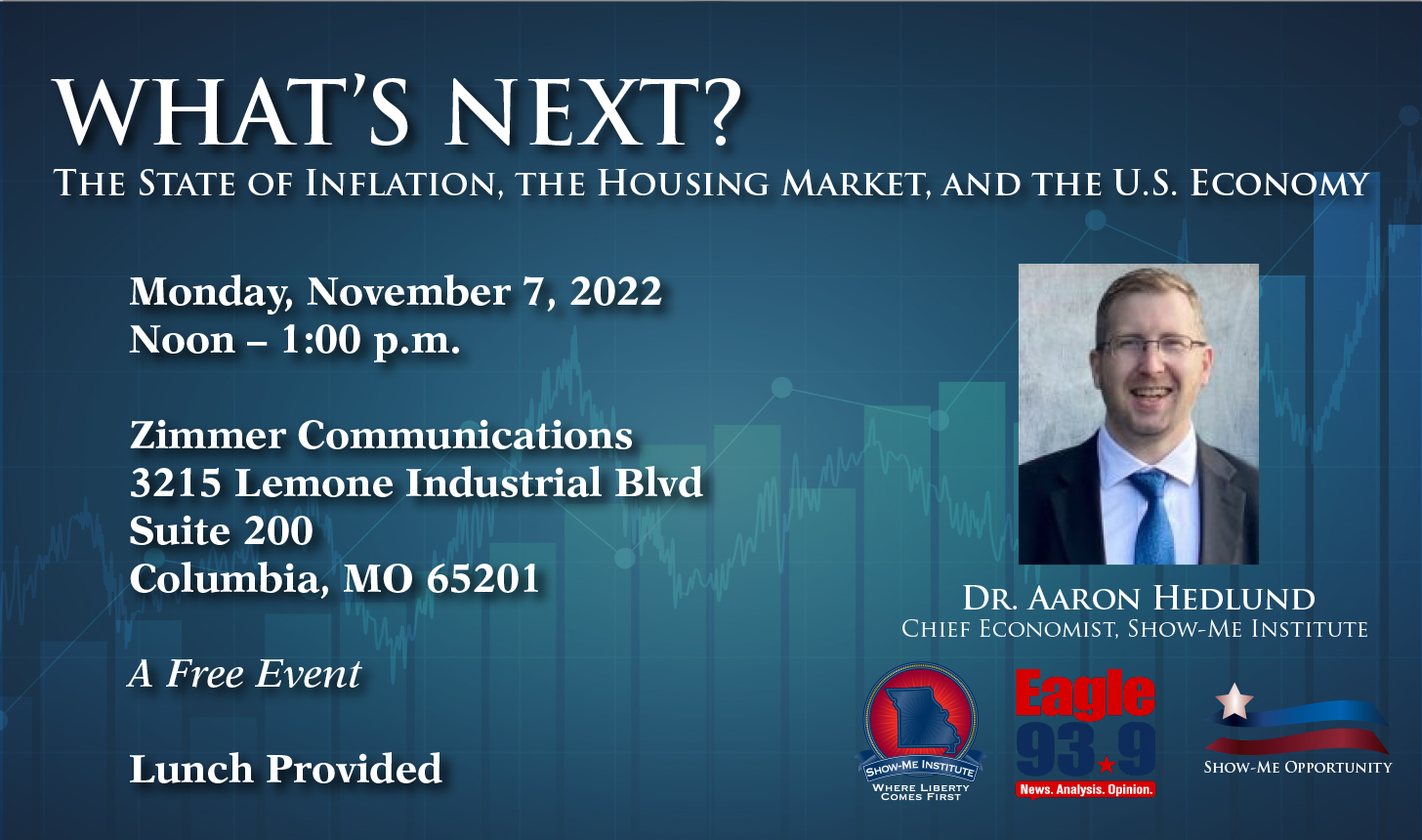 Join us at noon on Monday, November 7 in Columbia, Missouri for a discussion on the state of the U.S. Economy.

Dr. Aaron Hedlund, chief economist at the Show-Me Institute, will discuss the impact of decades-high inflation on the economy, housing market, workers, and consumers, as well as the role of the Federal Reserve in solving the problem and the risk of the next recession. 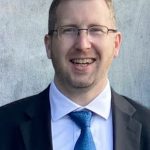 Aaron Hedlund is an associate professor with tenure in the Krannert School of Management at Purdue University, as well as a research fellow at the Federal Reserve Bank of St. Louis. From 2020 to 2021, Hedlund was the Chief Domestic Economist and Senior Adviser at the White House Council of Economic Advisers (CEA). Before joining the CEA, he was also the Acting Director of Academic Outreach and Senior Fellow at the Center for Growth and Opportunity. His other public policy experiences include stints at the Heritage Foundation and the International Trade Commission as well as service in senior state-level advisory roles. Hedlund’s research focuses on the intersection of macroeconomics, finance, real estate, and labor. Some of the topics he has studied extensively include the causes and consequences of housing booms and busts, the forces driving up college tuition and student debt, and the macroeconomic implications of China’s economic transformation. He has also written and spoken extensively on market-oriented reforms to the tax code and healthcare system. In addition to appearing in peer-reviewed academic journals, Hedlund’s work has been featured in the Wall Street Journal and National Review, has been used as expert testimony in state-level policy initiatives, and has been presented at numerous think tanks, academic institutions, and central banks both in and outside of the United States. Hedlund received his Ph.D. in economics from the University of Pennsylvania and his Bachelor’s in economics and mathematics from Duke University.

Presented by: Show-Me Institute, 93.9 The Eagle, and Show-Me Opportunity