Should the Government Instruct People How to Pray?

I think not, but that’s what a poster from the New York City Health Department does. The poster, which is intended for a religious Jewish audience and is also available in Yiddish, reminds people to wash their hands for at least 20 seconds. It also shows several hand washing steps that you would expect on a poster in the bathroom, such as “scrub” and “rinse.” The unusual thing is, the instructions incorporate a Jewish hand washing ritual and the prayer said after using the bathroom. The last instruction on the poster is “Pray,” underneath a picture of a scroll containing the first two words of this particular prayer.

I would find it cute and informative if a Jewish organization published this poster in an effort to educate people simultaneously about hygiene and Jewish religious practices. But the state shouldn’t tell people how to practice Judaism, or any other religion.

I’m not against translating government documents into foreign languages, and translating a poster into Yiddish could be reasonable in a city with a large Jewish population. However, the translation should present the same content as the original — it shouldn’t add religious instructions. 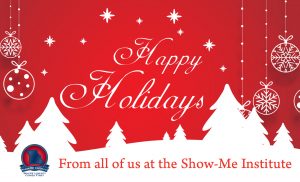 SMI Podcast: How to Tell America’s Story with Lee Habeeb
Connect With Us