In addition to David Stokes’ criticisms of the otherwise excellent West End Word piece about Rex Sinquefield and the Show-Me Institute, I have a quibble of my own. Toward the end of the article is this paragraph:

The ideological bent of the Show-Me Institute can be found in its 2006 annual report in unintended ways. Among the institute’s many achievements, it touts a “groundbreaking look at how to end the earnings taxes in St. Louis and Kansas City”; it makes no mention of a follow-up study (which came out in January 2007) about a land tax, economist Joseph Haslag’s recommended way of plugging the $130 million-a-year hole in the city’s budget. Sinquefield called this “an oversight.”

Now, because I edited our annual report, I might feel too protective of it. But this was no oversight. We didn’t mention Haslag’s January 2007 study in our 2006 annual report because it was released in 2007 — not 2006. As with most other organizations that issue annual reports, we restricted its focus to the things we accomplished in the year that the report covers. I myself am mentioned nowhere in the 2006 annual report, even though a large portion of it is my own work — because I wasn’t a Show-Me Institute employee in 2006.

We did make one exception to this general rule, for the inside page of the back cover, in a section titled "Going Forward". We decided that a one-page summary of where we’ve been since 2006 would be appropriate, especially because we issued the annual report so late in the year (waiting for a thorough audit to be completed). That might have been a good place for a more specific mention of Haslag’s January 2007 study, but really, that section was all about broad strokes and didn’t get into many details.

So we didn’t exclude the land tax study from our 2006 annual report because of an ideological bias or an oversight. I think it’s an excellent piece of scholarship, and I’d have happily included it if it had been published just a month sooner. 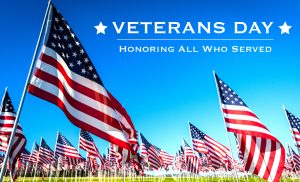 Podcast: COVID Legislation, How to Hire Teachers and MO Toll Roads
Connect With Us