Metro, as previously announced, made cuts to its service yesterday. Bus service will be reduced by 44 percent, MetroLink by 32 percent, and the call-a-ride service by 15 percent. Also, the call-a-ride service will no longer provide transportation to those who reside west and south of I-270. Metro predicts that job access in Saint Louis County will fall from 98 percent to 71 percent.

This could cause the unemployment within Saint Louis County to increase in the medium run, especially when added to the 600 employees that Metro itself plans to terminate. In testimony before the Metro Board of Commissioners, Show-Me Institute policy analyst David Stokes contributed possible alternative solutions to cutting services while still making the budget. He found that one potential solution to avoid making the cuts would be to “increase the cost of individual tickets more than the cost of monthly passes. That way, regular riders who depend on mass transit would not be priced out of the system, and would still be able to purchase affordable monthly passes.”

In short, it seems there is an alternative revenue source method, and — as Stokes suggests — Metro could have avoided the service cuts and minimize the costs of restructuring. Overall efficiency should be at the heart of the debate. 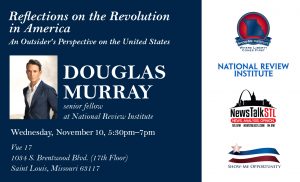 Douglas Murray in St. Louis
Connect With Us