Does Western culture face a crisis because of its failure to defend liberty against ideological forces of the past? In his new book, Suicide of the West: How the Rebirth of Tribalism, Populism, Nationalism, and Identity Politics Is Destroying American Democracy, Jonah Goldberg describes what he calls the West’s suicidal tendency to surrender to tribal and nationalist forces from both the left and the right. In this video, Goldberg argues that a renewed commitment to classical liberal values can preserve the principles that have guided the progress of Western civilization for centuries. 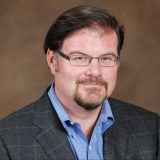