Free Speech Under Fire at Colleges and Universities

Churchill called courage the “first” of the virtues.  In the garden of good and evil, it is the one virtue that allows all of the others to flourish—from humility to wisdom and from charity to a genuine respect for the rights of others.

Courage does not tremble in the face of coercion. It does not beg for forgiveness for non-existent crimes.  It stands tall in the defense of freedom . . . and in opposition to the dangers of mob rule or jackbooted tyranny.

All of which brings us to the wave of student protests that hit colleges and universities across the country in the fall of 2015. In one college after another, college presidents and administrators capitulated to unreasonable demands and went out of their way to curry favor with unruly protestors. In doing so, the titular leaders of these citadels of higher education acted both unwisely and with a shameful lack of courage.

The wave of protests began at the University of Missouri in Columbia, and it was here that assault on free speech became crystallized in the now-infamous picture of an MU communications professor calling for “some muscle” to bar campus journalists from a public area occupied by protestors.

Showing real courage in the face of taunts and physical intimidation, Tim Tai, a student photographer on assignment from ESPN, refused to leave the scene and asserted his First Amendment right to videotape in a public place—telling the protestors that his desire was to protect free speech for them no less than for himself.

In a quick succession of events in early November, protesters toppled University of Missouri system President Tim Wolfe, who was unpopular for reasons that had little or nothing to do with race. It began when a black graduate student (the son of a wealthy business executive) went on a hunger strike demanding Wolfe’s resignation. A few days later, black football players (coming to the end of a losing season) joined in a sympathy strike—refusing to play and  exposing the university to a $1 million fine if it were forced to forfeit an upcoming game against Brigham Young University. Then head football coach Gary Pinkel (only days before announcing his retirement for health reasons) chose to play Fletcher Christian to Wolfe’s Captain Bligh – supporting his players in the mutiny against a sitting university president. On the very next day, Wolfe resigned—and black football players agreed to end their strike.

We are all limited to our own experience, so no one can tell how prevalent bias and racism may be at an institution the size of the University of Missouri (with 35,000 students).  However, putting aside undocumented claims of deep and widespread bias by a few protestors (including a much-trumpeted but spurious report of a large Ku Klux Klan presence on the MU campus), we will cite three lessons.

First, there is a clear free-speech problem at the University of Missouri and other campuses. People are not allowed to express certain opinions, and even media coverage of protesting students is prohibited by those whose self-righteousness is overwhelming.

Second, you can tell that the values of the university have been misplaced—and indeed corrupted—when the football team and its coach play a decisive role in the resolution of a major conflict.

Third, it seems to us that the obsessive insistence by protest leaders (not just at MU but within the larger Black Lives Matter movement) that almost everything that is wrong in our society reduces to a single problem—white racism and supremacy in an ongoing saga that casts blacks in the role of victims—is not only unfair but truly unhelpful. More than anything else, it is a major distraction in the way of any serious attempt to come to grips with problems that disproportionately affect black people living in poorer neighborhoods—everything from low rates of K-12 educational achievement to high rates of unemployment and crime among black youth, and from government programs that discourage work to the sharp decline in recent decades of intact two-parent families.

At the end of the day, it may be that what happened at Mizzou last November will serve a useful purpose—alerting many people to the danger of falling into an intellectual trap: supporting calls for greater “diversity” that are more realistically described as an attempt to enforce an unquestioning and frightened conformity.

We hope that the new leaders of the university will have the wisdom and courage to reject an anti-free speech conformity that masquerades as a paradigm-busting “diversity.” 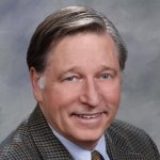