Election Week: Will Your Vote Count?

It’s Super Tuesday, so I hope that sometime before, after, or while you’re actually reading this (hooray for iPhones) you’ve voted in your party’s presidential preference primary (assuming, of course, that you live in one of the two dozen states that is undertaking such a contest today). However, in keeping with the theme of the week, a question looms over this contest: Will your vote count?

(A quick note: The following discussion will require a bit of knowledge about how the primary process works. For more information, go here or here.)

A feature by Slate recently highlighted the notions of how an incredibly tight primary race could, in effect, render votes of participants in the California Democratic Primary meaningless. This can be attributed to the fact that, under the Democrats’ proportional method of selecting delegates, a tight race (such as that currently in place) will result in the candidates splitting delegates in a district with an even number and a winning candidate only gaining a one-delegate advantage in odd-numbered districts. Since this selection plan affects the nation as a whole, what would happen if we were to apply a similar analysis to Missouri?

(Second Note: The Republican primary will not be discussed at length because GOP rules have established winner-take-all primaries. Votes from all parts of Missouri will help any given candidate reach the necessary plurality of the vote.)

According to the Missouri Democratic Party’s Delegate Selection Plan, an even number of delegates fall in the 3rd, 5th, 7th, and 8th congressional districts while an odd number are at stake in the 1st, 2nd, 4th, 6th, and 9th (see map). Based on this analysis, 42 of Missouri’s 47 district-based delegates will be evenly split between the two democratic front runners, leaving only five district contests with any kind of influence.

The problem, though, is that these five districts exclude large portions of Missouri’s population. The 3rd district includes portions of the St. Louis metropolitan area, while the 5th essentially encompasses all of Kansas City. The even nature of the 7th and 8th also means that democratic voters in Springfield and Cape Girardeau will, barring a landslide, see their votes split between the candidates. In essence, the competition in these districts ended before it began.

Some might see this as a discouraging revelation to bring out on Super Tuesday. I feel the opposite. If you live in one of the questionable districts, and you’re planning on voting in the Democratic primary, get out there. Use Missouri’s
open primary system to your advantage to help encourage turnout. Get over that hump. After all, Missouri still has 25 delegates that are allocated according to the statewide vote — and that might be the only district that really matters. 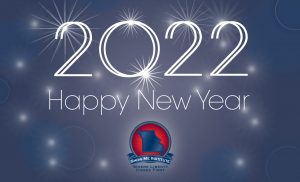