A couple months ago, I wrote about the misconceptions concerning driving trends in Missouri. Specifically, there was no evidence that demand for Missouri’s roads had fallen in any serious way. Total vehicle miles traveled (VMT) in Missouri was actually quite resilient through poor economic times, and with improvements in the economy VMT in Missouri had reached new highs.

A recent release of Federal Highway Administration data only adds more support for this conclusion. As employment levels in Missouri increase, VMT on Missouri’s roads have begun a rapid increase, up almost 2.5% from May 2014 to May 2015. The increase has been even faster on Missouri’s major urban roads (2.8%): 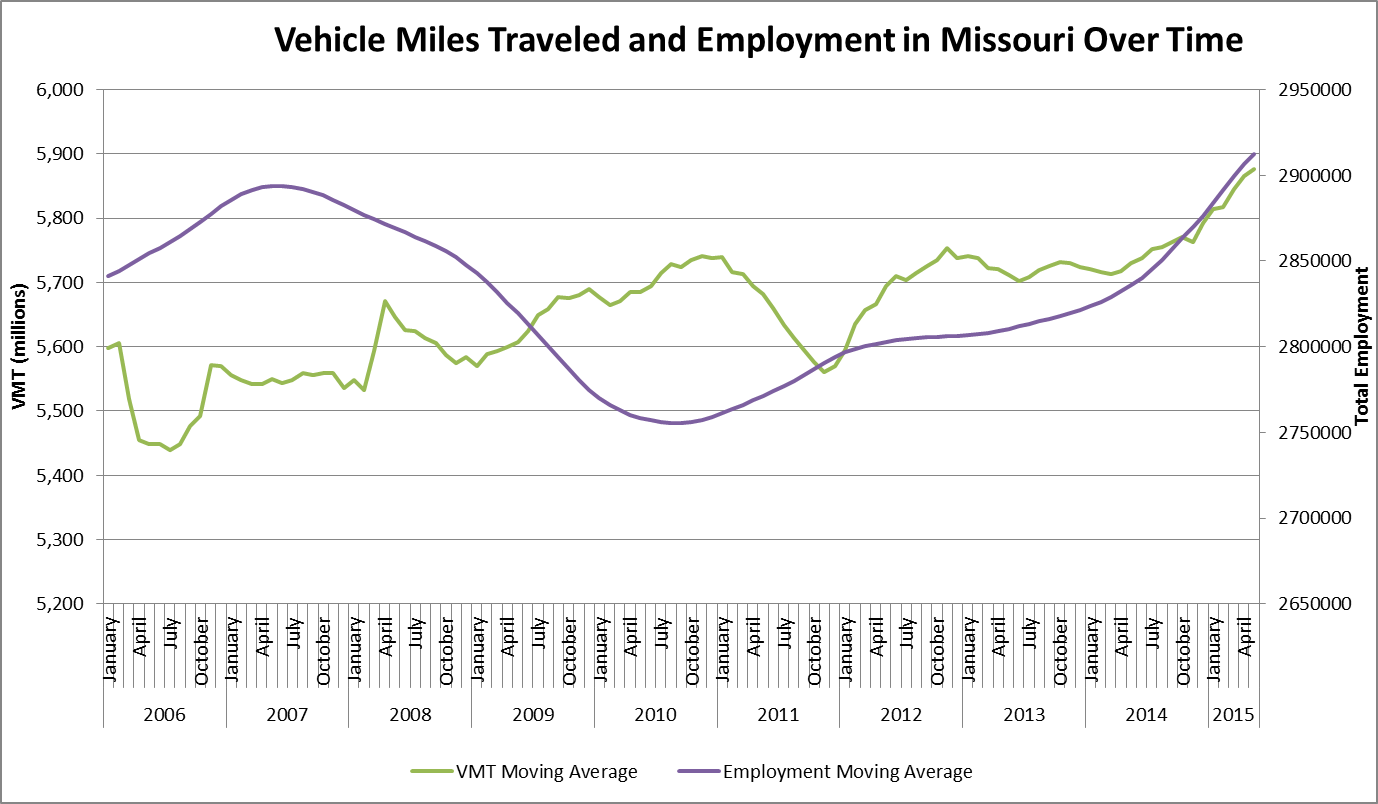 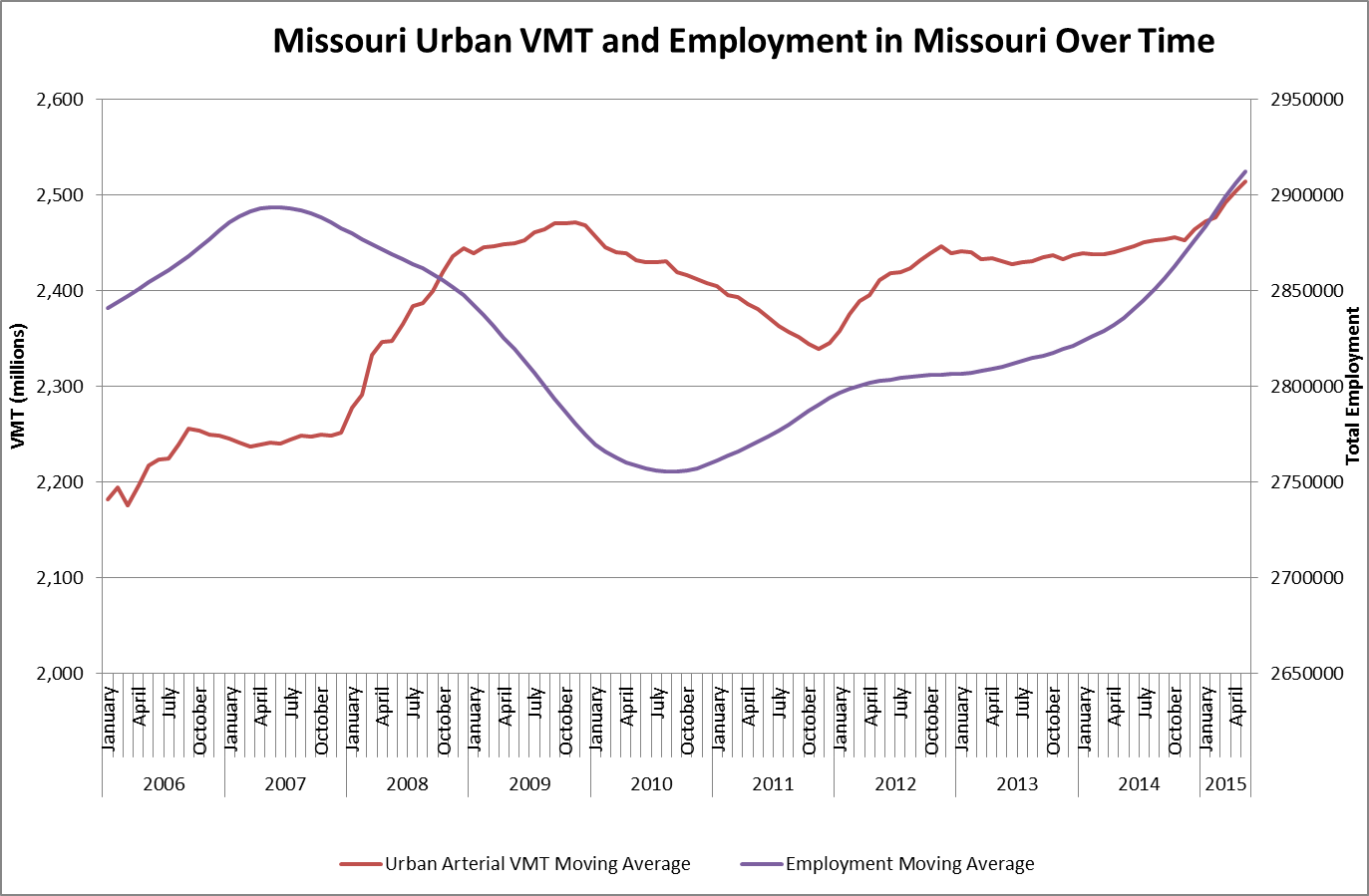 Of course, these trends could reverse themselves if the economy begins to struggle or some as-yet-unobserved shift to nonvehicular lifestyles occurs. However, trends over the last few years suggest that better times will mean more driving, an eventuality urban planners and Department of Transportation officials should prepare for. It would be unfortunate if the costs of an inefficient transportation system mean that Missouri cannot fully benefit from improving economic conditions.