Metro Ridership Trending Down in 2015

Earlier this year, we talked about how, contrary to the hopes of many Saint Louis regional planners, there is no evidence that people are ditching their cars for public transportation. In fact, Metro ridership peaked around 2008, took a nosedive during the recession, and has experienced tepid growth ever since. The latest data (from 2015) paints an even bleaker picture from Metro, as sluggish growth has transformed into decline.

To see this, we can look at ridership changes on the MetroBus and MetroLink systems since the end of the recession. That recession technically ended in mid-2009, according to the Saint Louis Federal Reserve. And while 2010–2013 cannot be described as great years, total employment in the Saint Louis Metropolitan area has steadily risen since around October of 2009. 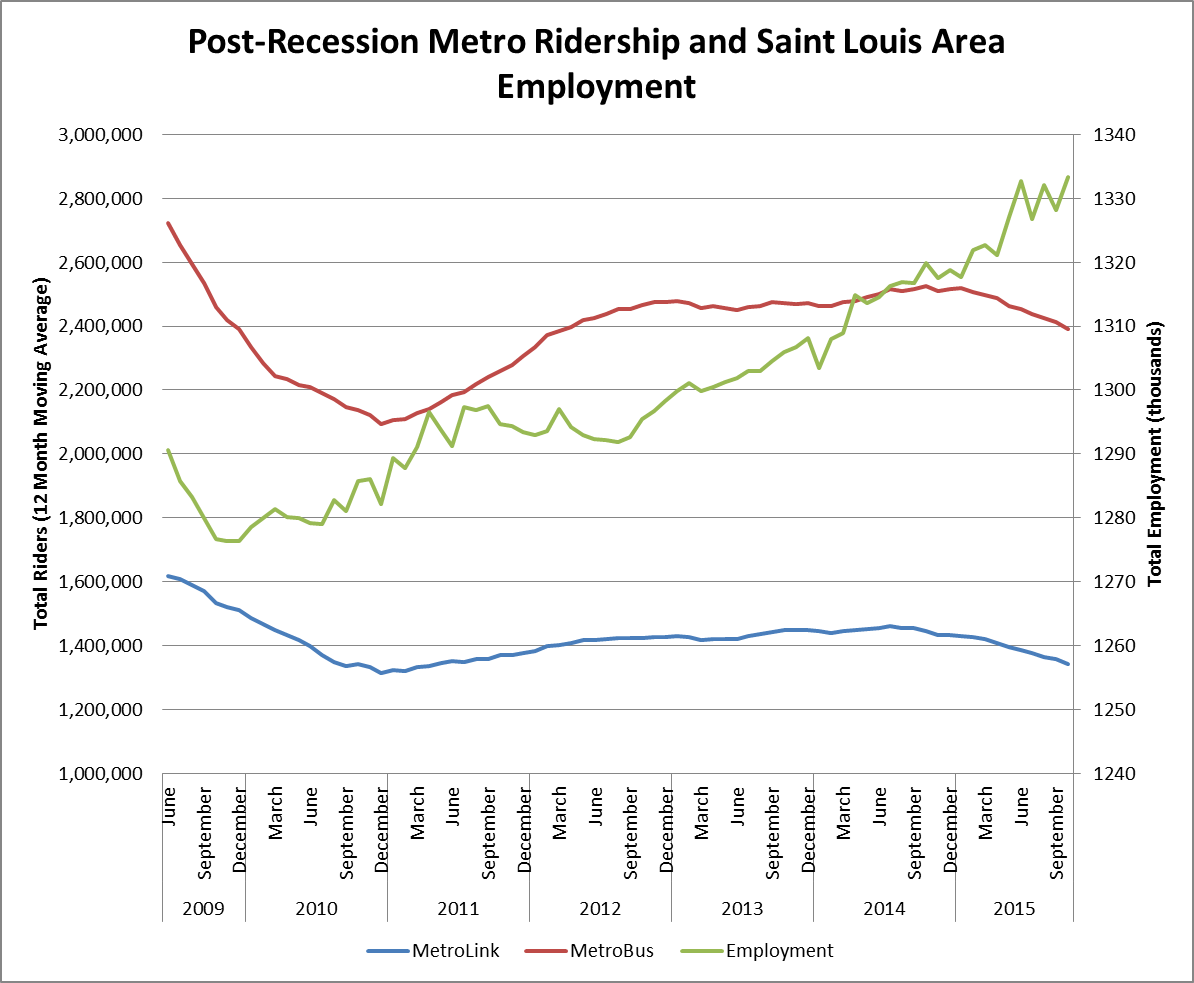 There are many factors that may explain weak post-recession ridership growth for Metro. Saint Louis has had a weak jobs recovery, with total employment still below pre-recession highs; employment has only increased 4% since 2009. However, economic growth has accelerated in the last year, the same time ridership began to decline on Metro.

Whatever the underlying reasons, this much is clear: there is no evidence that Saint Louis residents are flocking to public transportation or the MetroLink, despite significant investments made in the 1990s and early 2000s.