Over the last couple years, we’ve been following transportation trends on this blog. One metric we’ve kept our eye on is vehicle miles traveled (VMT) on Missouri’s roads, a proxy for the state’s overall demand for driving and highways. The latest federal data shows that not only are Missourians driving more than ever, but also that the rate of growth is accelerating.

After the recession in 2009, growth in traffic on Missouri’s highways slowed to a crawl and actually declined in urban areas. This led to some who were ideologically opposed to personal vehicle use and highway construction to claim that residents were abandoning their cars for public transportation or live/work communities. This point of view is still echoed by transit activists, and even the Missouri Department of Transportation (MoDOT) wrote this assumption into their planning in 2013.

But subsequent driving data has contradicted these assumptions (or hopes). As we’ve pointed out in other blogs, public transportation use in Missouri’s major cities is essentially flat, and does not indicate a demand-side sea change. And when the state’s employment level began to grow in 2012, driving (VMT) grew as well. Missouri’s roads were seeing more driving than ever in 2014, and the trend accelerated in 2015. Over the course of last year, total VMT in the state grew 4.6%, and driving on urban roads grew by 6%. The following charts show the trend: 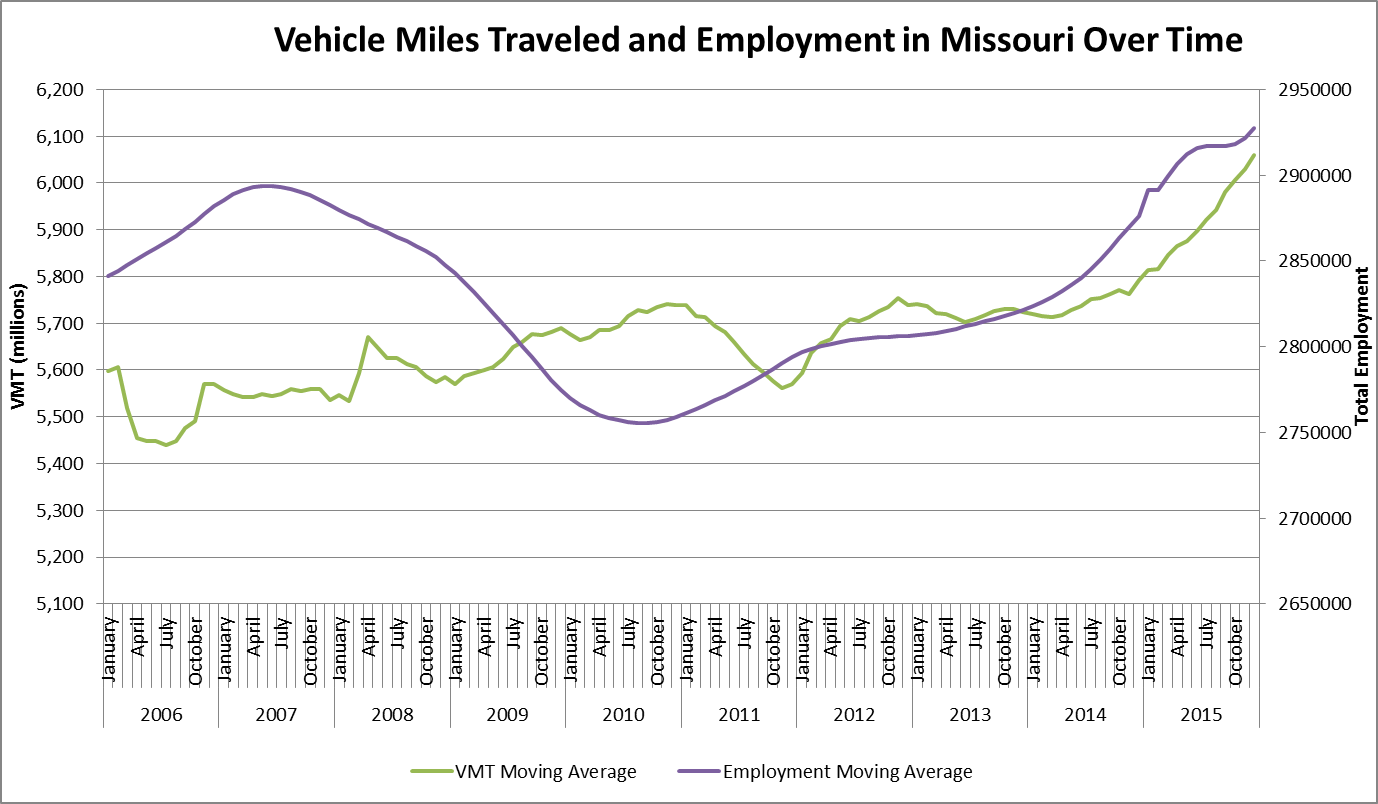 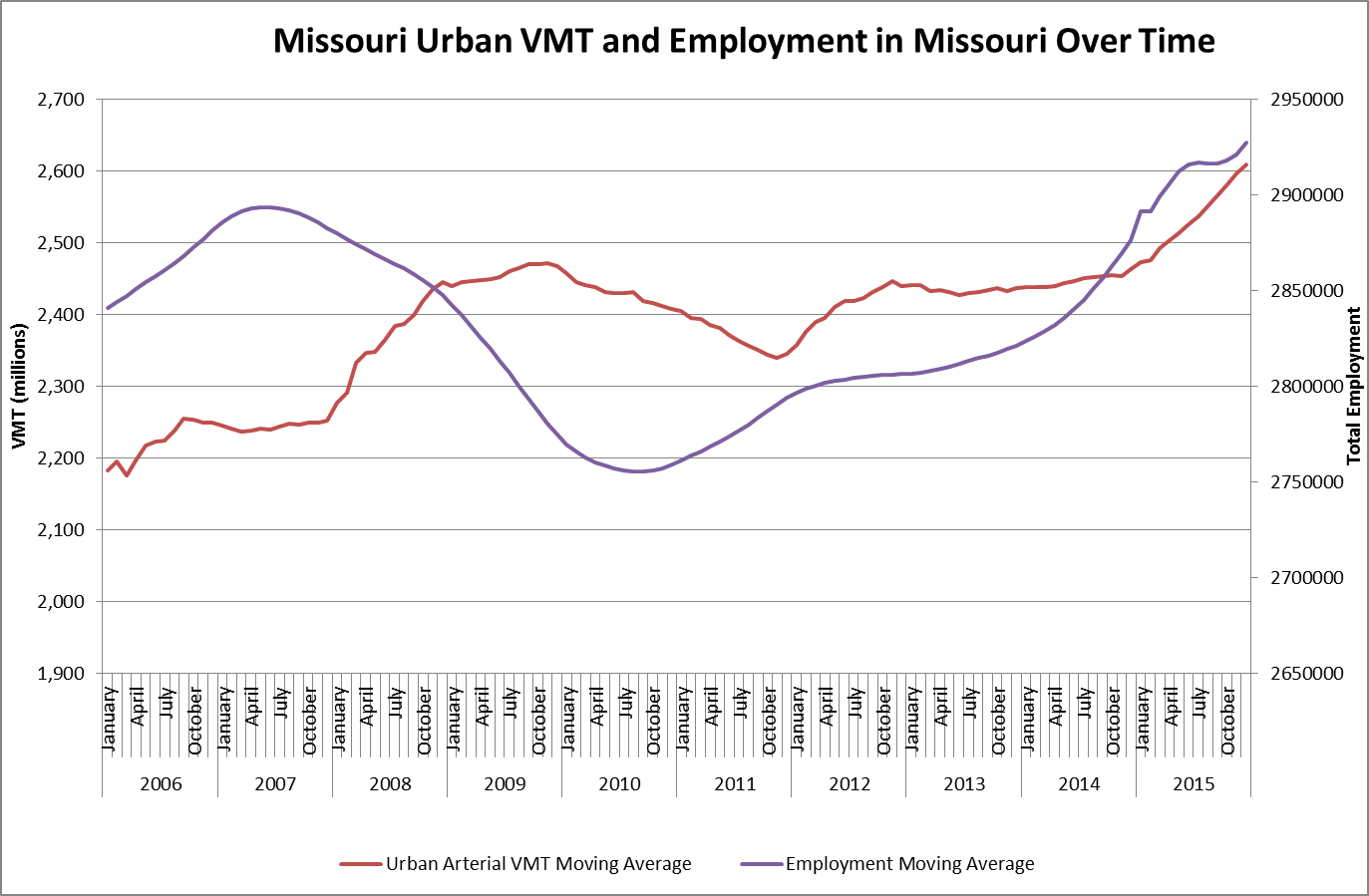 Whether the acceleration in driving has to do with lower fuel prices or an improving economy makes little difference. The long-term trend in Missouri’s VMT has been growth, with recession numbers looking ever more like an aberration, not a harbinger of things to come. This has implications for future infrastructure needs in the state, which policymakers ignore at Missouri’s peril.

Reading the Comments: Toll Roads in Missouri
Connect With Us