Frequent fliers: get ready for a long summer. The Transportation Security Administration (TSA) has told the public that it will be unable to cope with increasing passenger traffic at America’s airports, leading to security lines that CNN and travelers alike have called, “insane.” For example, travelers at O’Hare International Airport have been told to arrive three hours before their flights. The TSA blames Congress for not increasing its budget fast enough to hire new officers. TSA critics claim the TSA is grossly inefficient, virtually ineffective, and, instead of streamlining its operations, has chosen to sabotage the public to dislodge more Congressional funding.

But not every airport in Missouri need fear the meltdown (or tantrum) of the TSA.  One lucky airport is Kansas City International (MCI), which contracts security out to the private sector and does not use the TSA. MCI is one of a handful of major airports across the United States (including San Francisco) that participate in the Screening Partnership Program (SPP). In this program, the TSA sets standards for airport security, but the airport itself is allowed to contract service out to qualified vendors. Using contractors for screening is mainly touted as a money-saving measure, but it also allows an airport to essentially fire its security team if it isn’t performing. Compare that with the normal operating procedure: no matter how bad things get at Saint Louis-Lambert International Airport (STL) or Chicago O’Hare (ORD), the TSA cannot and will not be fired.

The map below shows airports that are participating in the SPP program. 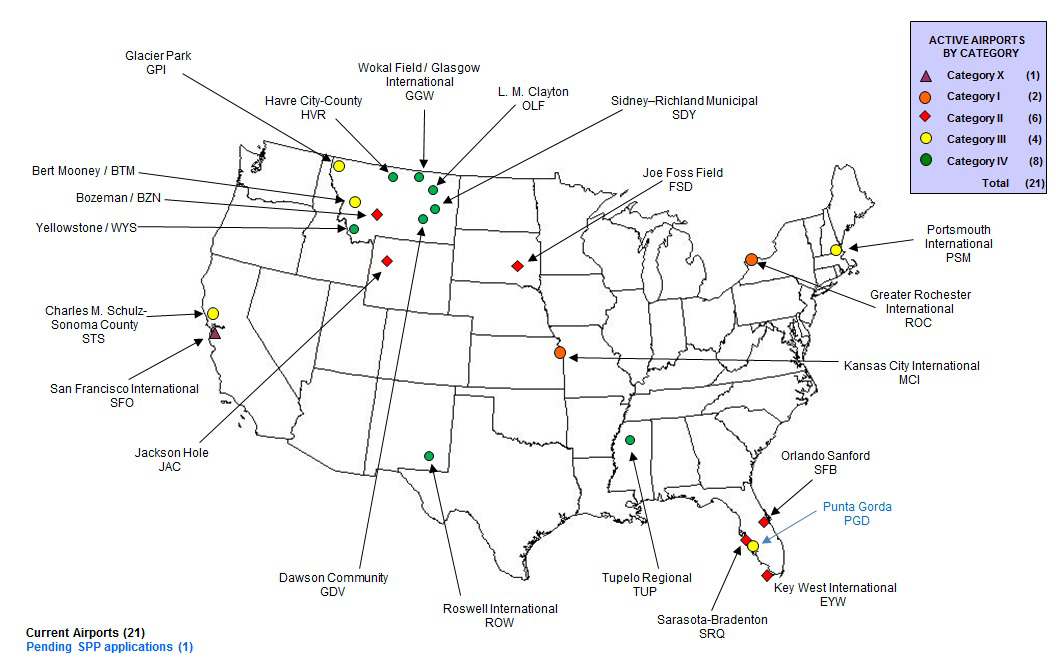 So why haven’t more airports in Missouri and nationwide opted out of the TSA? In fact, many of them have tried, including Springfield-Branson Airport (SGF) in Southwest Missouri. Unfortunately, for many airports the TSA has held up the application process to join the SPP. TSA officials have argued to Congress that actual TSA officers are better and more efficient than private screeners, justifying their foot-dragging on the SPP program. It seems unlikely that such a claim will survive the summer, and large airports across the country are already telling the TSA that enough is enough.

One of the greatest benefits any airport can provide to the flying public is reliably short security lines. But aside from MCI, commercial airports in Missouri don’t currently have any control over this amenity. TSA’s current failings might finally create an impetus to reform airport security and expand the SPP program, and airports like SGF and STL should take advantage.