Arbyrd, Missouri is a town of just over 400 people in the southwest corner of the Missouri Bootheel. Many small towns, and not just Arbyrd, have few if any full-time government employees, and often they do not have any digital records. What is unique about Arbyrd is that the city was prepared to charge the Show-Me Institute tens of thousands of dollars to see how it spent taxpayer money.

That’s right. Last week, the Show-Me institute began an updated municipal checkbook project, which entailed obtaining the spending records of every city in Missouri. Every city that had available contact information was sent a request under Missouri’s Sunshine Law. Many cities had data already organized and were happy to share, all of which is available here. Some cities, especially those without already-digitized records, requested a fee before they would gather their data. This is allowed under law, but fees are supposed to reflect only the cost of labor and copying involved, and usually did not amount to more than $100. Arbyrd’s fee was a little more than that. According to the response I received from the Arbyrd City Clerk, our request would “require a significant amount of time and resources to complete and therefore we charge $40 per page with a minimum of 500 pages. This amounts to $20,000.”

Twenty thousand dollars! With no details explaining how a single page of paper could cost $40, Arbyd was prepared to charge us tens of thousands of dollars for information about where the city is spending taxpayer money. This clearly goes against both the letter and the spirit of the sunshine law and was met with a swift reply from Institute staff.

Unsurprisingly, days after our reply explaining that what they were doing violated the Sunshine law and that we would be contacting the Attorney General’s office, Arbyrd backed down. The mayor sent a revised offer, promising a digital copy of their spending information at no charge (we received their information on July 19). As it turns out, Arbyrd’s spending data was available in digital form, but for whatever reason their response to our initial request was to decline to provide it.

The bottom line is that all citizens, not just the most dedicated or persistent, should be able to see how their tax dollars are being spent. Cities should strive to make this information easy to access, without the need to resort to state law. Taxpayers should not have to fight for a $20,000 discount to have transparency in government. 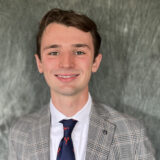