How Not to Limit Eligibility to Parents as Teachers

In the comments section to this article about Parents as Teachers, some Columbia Daily Tribune readers are brainstorming ways to limit eligibility to the program, to make the most of its remaining funding.

I agree that the program provides too many services for free to too many people, but not all suggestions for limiting it struck me as good ideas. One plan in particular that I think would be unsuccessful is restricting the program to children who are lagging behind in their development.

An argument for Parents as Teachers that I find persuasive (although not sufficient justification for free services to the wealthy) is that helping at-risk children when they’re young can prevent problems and save tax dollars later on. Parents as Teachers couldn’t do that if only children with below-average development were let in. That’s because the younger children are, the easier it is for their development to be considered satisfactory; not much is expected from a newborn baby. But when children are a few years old, they need to have passed several milestones to still be on track. The effect of screening by development would be to keep out most babies and bring children into the program years later, after their developmental problems have surfaced. Programs like Parents as Teachers shouldn’t look for children who are already behind, but for children who are fine now and likely to fall behind later.

Furthermore, “normal” means different things to different people, and there is some subjectivity involved in diagnosing developmental delays. In this radio interview, a representative from Parents as Teachers talks about the possibility that doctors and Parents as Teachers educators might disagree about whether a child has a developmental problem. (I can readily believe that such differences might arise, because Parents as Teachers educators don’t need to have any medical background and their training consists of short seminars and distance learning.) Who would have the final say in determining whether a child is eligible? And there’s still the question of which mothers should get home visits before their babies are born.

Although I hope Parents as Teachers will end its free home visits to families that don’t need help, it shouldn’t use developmental screenings to determine which people to serve. 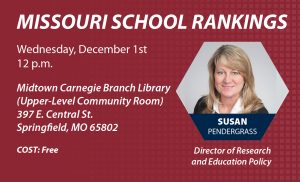