As I’ve shared before, my immigrant-turned-native-born family enjoyed and endured both the best and worst of America’s story. But my story isn’t unique; in fact, the idea of America as a “melting pot” is centuries old. It’s often said there are more Irish in America than in Ireland, because intermarriage has joined the Irish identity to many others in the United States and made all involved stronger.

But I worry that this key final step—convergence—is being lost in current “diversity, equity, and inclusion” (DEI) trainings, in particular those administered to our teachers.

“DEI” can suggest promoting the American melting pot: a breaking down of division in pursuit of a common, more prosperous, more perfect union through which all of our children can pursue happiness. But it can also imply a sociological Thunderdome where self-segregated interest groups battle it out over insatiable racial and cultural grievance.

There have already been hints of this grievance-based approach percolating through DEI materials received for the Show-Me Curricula Project. Eagle College Prep’s DEI materials capture the issue. For example, instructional material for teachers that the Institute requested and received contains the following PowerPoint slide, with the second “cage” figure of particular note: 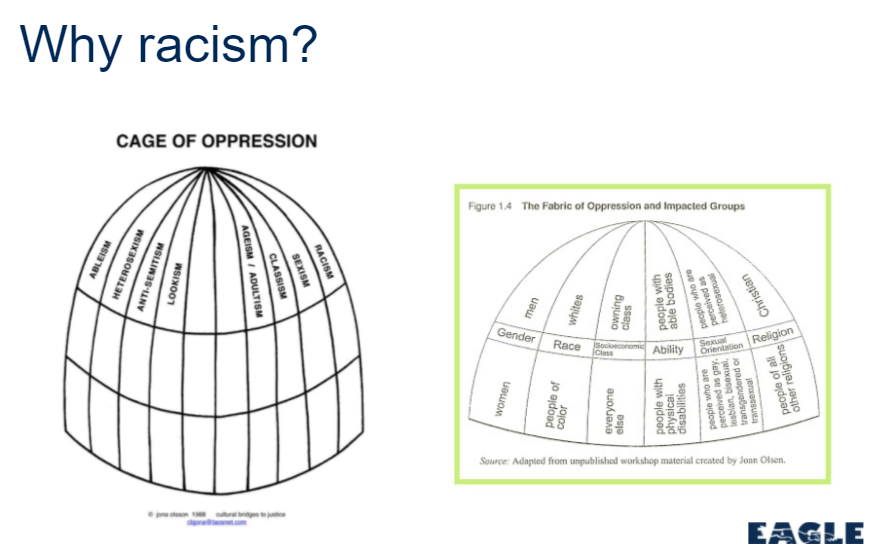 Elsewhere, a PowerPoint on a “cycle of oppression” implies that non-whites are “colluding or surviving” by adopting notions such as:

The graphic suggests that the cycle is broken by “going against conditioning” toward “liberation.” In context, this means rejecting notions of work, merit, free choice, and personal achievement. 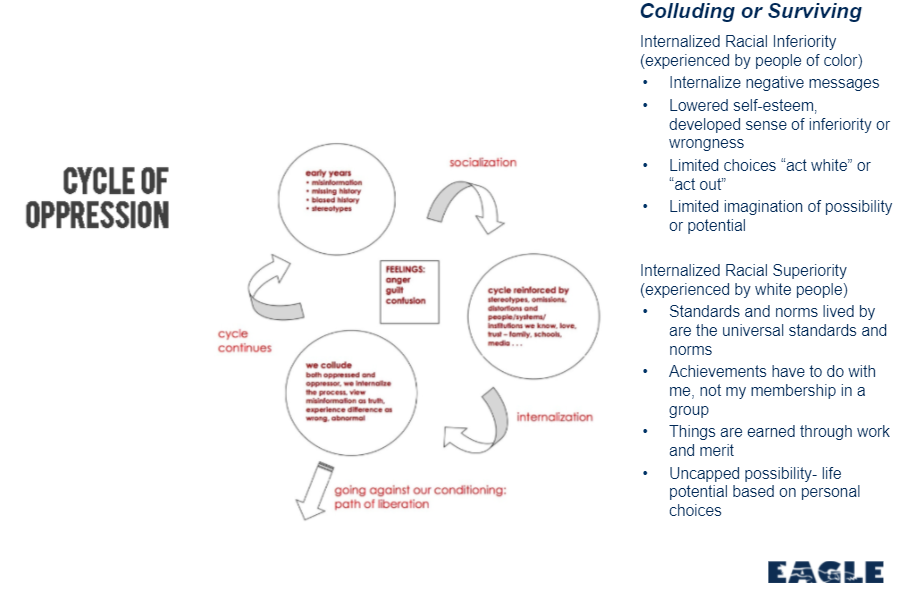 Presumably these slides are discussed by an instructor, so there may be nuance that isn’t captured in the slides. But these materials appear to accentuate divides that work against our convergence as a country.

While the focus so far of my transparency project has been on curricula administered to children, taxpayers should also see the “curricula” and training that schools and school districts are administering to Missouri teachers. No one disputes Americans have differences, but a DEI curriculum that exploits and exacerbates them instead of emphasizing the importance of convergence—of our shared enterprise as a single community and single country—is one that does far more harm than good.