Advice From Parents as Teachers

Here’s another blog post that describes someone’s Parents as Teachers experience. This one was written by a woman who’s expecting her first child in a few weeks. I can’t tell whether she’s in Missouri, so I’m just assuming her experience is comparable and counting on in-state participants to comment about whether it’s something that wouldn’t happen here.

The blogger writes that a Parents as Teachers educator came to speak to her parenting class, and gave the following advice:

We were told that we needed to not only read to the little guy everynight (even before he’s born–which we knew) but right now to read the same story. Repitition will help him learn sounds, rhythm, words and will also help him develop comfort and a bond with us. Then when he’s fussy, reading this story that he’s heard so many times in our voices will make him feel better and remind him of when things were less stressful for him before he was born.

This way of doing things might work for many people, but it’s problematic for Parents as Teachers to present it (with state approval and funding) as the correct way to raise a child, when it’s basically somebody’s opinion. The recommendations I’ve seen suggest that parents begin reading to children at six weeks, three months, six months — not every night when the baby is still in the womb. There’s no medical consensus that you have to do that. (There are other ways to interact with unborn babies, like talking to them or singing a song.) And the idea that it has to be the same book every single time is nonsense. Babies learn from repetition in conversations and daily routines; that doesn’t have to come from one book and one book alone.

The assertion that hearing a story repeated will remind the baby of the womb is a nice theory, not a confirmed research result. Babies fuss for many reasons, and hearing a story won’t always calm them. When a story does soothe them, they may be reacting to the parent’s tone of voice or touch. It’s speculation to say that they remember hearing that exact wording from the womb.

Maybe these ideas aren’t completely scientific, but they can’t hurt, right? Actually, they could be harmful to parent-child relationships if parents feel guilty when they can’t maintain the regimen. Skipping reading for a night or two or switching between a few different stories won’t hurt your baby, but people could reach that conclusion if they’ve sat through this presentation by an official state educator. It’s not surprising that the blogger describes herself as “overwhelmed” by what she heard. 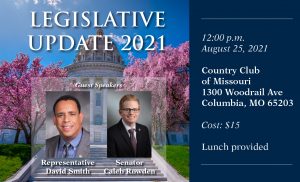 The Unbelievable “Whiteness” of Springfield Public Schools
Connect With Us