As first appearing in the St. Louis Post-Dispatch:

Are you listening, Missouri lawmakers? This is the Ghost of Christmas Past. I am calling on you to mend your ways and adopt a whole new set of economic policies to replace the failed policies of the past two decades.

Yes, my friends, it is time for you to admit that what you have been doing—in spending billions of dollars of taxpayers’ money to subsidize commercial projects for the benefit of big, cash-rich companies such as Boeing, Cerner, Capri Casinos, Wal-Mart, and Whole Foods—has been a ghastly mistake.

In the 16 years from 1997 through 2013, Missouri has trailed every other state in the nation but one in average annual economic growth. Missouri ranked 49th out of the 50 states in growth of state gross domestic product—just ahead of bottom-dwelling Michigan.

And that is despite (or, I would say, because of) the fact that you have turned Missouri into one of the nine states considered the “corporate welfare kings of America.” According to the Mercatus Center at George Mason University, Missouri has committed more than $5.2 billion in state and local subsidies to private businesses over the past two decades. That is more than all but eight other states.

What else can I say to convince you of the urgent need for change? Well, perhaps some specific suggestions would help.

Here are five New Year’s resolutions for making Missouri a better place to live and work and grow a business:

In the Christmas spirit, I urge you to make all those changes—knowing that you will wake up shortly wanting to fix the problems that have kept Missouri from reaching its full potential. 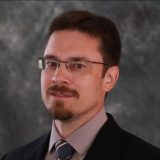